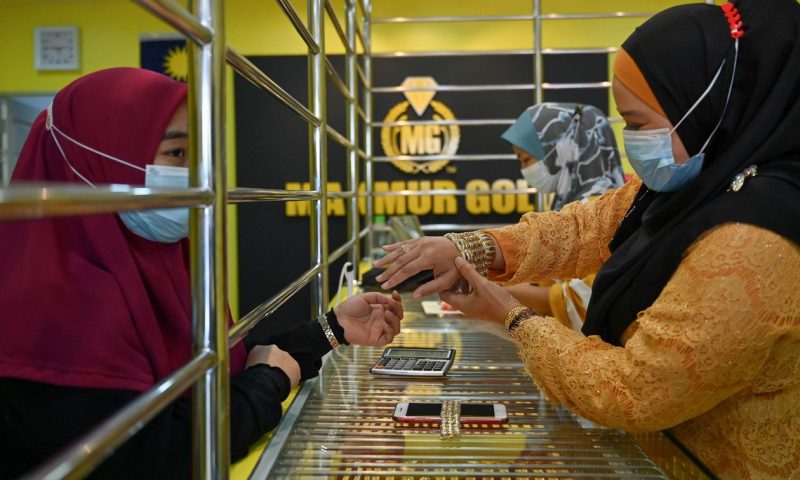 A series of U.S. economic reports, published early due to the holiday-shortened week, saw bullion enjoy a pop higher as the U.S. dollar retreated, as measured by the ICE U.S. Dollar Index DXY, -0.26% which was off 0.3%.

Consumer spending, the backbone of the U.S. economy, declined in November as COVID-19 cases picked up across the country and damped activity.

New applications for U.S. unemployment benefits fell to a three-week low of 803,000 right before Christmas, but the relatively high level still reflected a fresh wave of layoffs tied to the record COVID-19 outbreak.

“Overall, we remain positive on the yellow metal as long as real yields continue trading in negative territory, which is likely to be the scenario in the year ahead,” wrote Hussein Sayed, chief market strategist at FXTM, in a note.