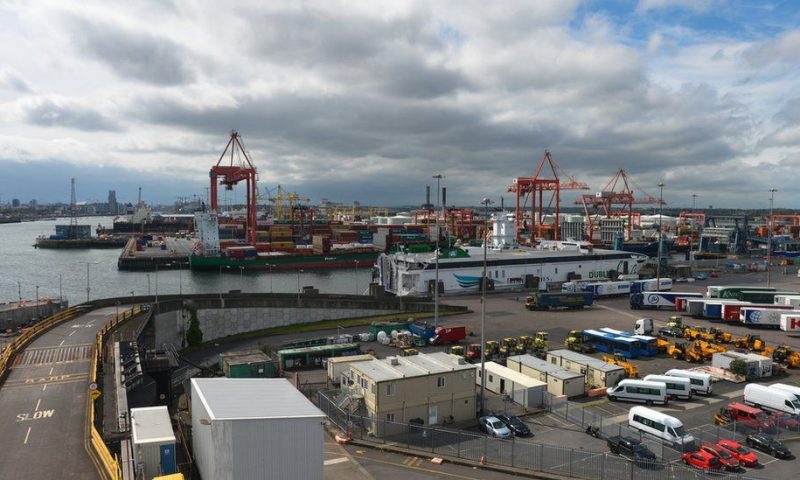 A mortar launcher that sparked a security alert at Dublin Port was destined for a private collector in Northern Ireland, police believe.

Gardaí (Irish police) attended the incident on Thursday at about 01:00 local time.

It was being transported in a van.

A gardaí spokessman said that “at this time” they were “satisfied that there was no criminal intent” in its importation.

The launcher was discovered by Revenue and Customs officers carrying out a routine profile on incoming port traffic.

They stopped an Eastern European-registered van and the weapon was spotted.

The area was cordoned off and the Irish army bomb disposal team was called to the scene.

The weapon is currently being examined by the ballistics section of the Garda Technical Bureau.

Gardaí are liasing with the Police Service of Northern Ireland (PSNI) regarding the importation of the weapon.

The alert is now over.

A woman in her 20s has been released following an earlier arrest.

US Budget Deficit up 25.1% in First 2 Months of Budget Year