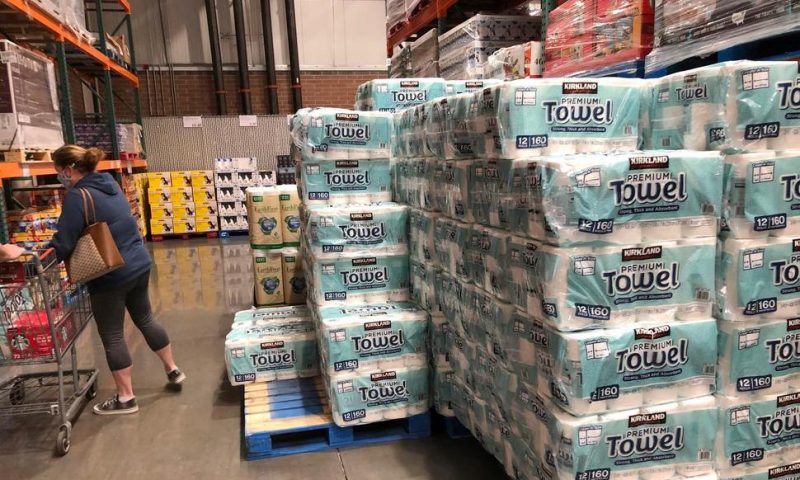 U.S. consumer prices edged up 0.2% in November as a rise in energy costs and variety of other items offset a drop in food costs.

WASHINGTON — U.S. consumer prices edged up 0.2% in November as a rise in the cost of energy and a number of other goods offset a drop in food costs.

The gain in the consumer price index followed a flat reading in October and matched the 0.2% September advance, the Labor Department reported Thursday. Still, the increase is far below the 0.6% gains in June and July as the country began to reopen after the pandemic throttled economic activity in the spring.

Inflation has been dormant for most of the past decade, allowing the Federal Reserve to push interest rates to ultra-low levels to provide support for an economy struggling to emerge from a pandemic-related recession.

In November, food prices dipped 0.1% while energy prices were up 0.4%. The energy gain reflected increases in electricity and natural gas which offset a 0.4% drop in gasoline prices.

Prices in a number of areas did show increases with airline fares, clothing costs, auto insurance and prices for hotel and motel rooms all rising.

The price for used cars and trucks, medical care and new cars declined in November.

Economists expect that inflation will remain under control in coming months until vaccines are widely available and consumers feel more confident shopping or taking part in other public activities.

“Inflation will remain low in the near term,” said Gus Faucher, chief economist at PNC Financial. “Although some prices are rising because of improved demand and constricted supply, there are still huge swathes of excess capacity in many parts of the economy in industries such as hotels, airlines and energy.”

S&P DJ Removing Chinese Companies From Index After US Order

Stock Indexes End Mixed as Damage to the Economy Piles Up