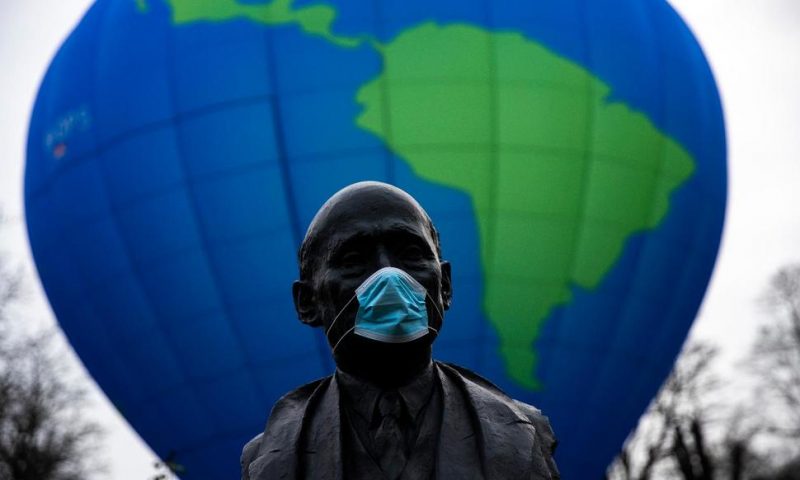 Five years after the Paris agreement, the European Union’s climate credibility is at stake as European leaders meet to try and seal an agreement to reduce greenhouse gas emissions by at least 55% by the end of the decade from 1990 levels.

BRUSSELS — Five years after the Paris agreement, the European Union’s climate credentials will be put to the test as the bloc’s leaders meet Thursday to try and seal an agreement to reduce greenhouse gas emissions by at least 55% by the end of the decade compared to 1990 levels.

The EU wants to be a leader in the fight against global warming. But the bloc’s heads of states and governments were unable to agree on the new target the last time they met in October, mainly because of financial concerns among eastern countries about how to fund the green transition.

But now that the bloc’s leaders are ready to sign off on the EU’s next long-term budget and coronavirus recovery package, the record-high 1.82 trillion-euro package should help secure all 27 member states’ commitment to the improved target proposed by the commission, the EU’s executive arm.

Large swaths of the budget and recovery aid are set to pour into programs and investments designed to help the member states, regions and sectors particularly affected by the green transition, which are in need of a deep economic and social transformation.

European Commission President Ursula von der Leyen has said she wants 37% of the 750 billion euros in the coronavirus recovery fund to be given to EU countries to spend on environmental objectives, while 30% of the bloc’s regular budget should be used for tackling climate change.

Poland, which last year didn’t commit to the EU’s 2050 climate neutrality goal, and other eastern countries, including the Czech Republic and Hungary, largely depend on coal for much of their energy needs. They consider it unfair that all member states should be submitted to the same ambition without taking into consideration their respective energy mixes.

László Palkovics, the Hungarian minister for innovation, told local media before the summit that his country was planning to propose a target of a 40% cut in emissions for all member states by 2030, with the remaining 15% to be assumed by the EU as a whole.

According to draft conclusions of the summit, member states should agree that the new target “will be delivered collectively by the EU in the most cost-effective manner possible. All Member States will participate in this effort, taking into account considerations of fairness and solidarity, while leaving no one behind.”

World leaders agreed five years ago in Paris to keep the global warming increase to below 2 degrees Celsius (3.6 degrees Fahrenheit), and ideally no more than 1.5 degrees C (2.7 degrees F) by the end of the century. Under the Paris accord, countries are required to submit updated climate targets by the end of this year.

Another delay in revising the EU’s current 40% emission cuts objective for 2030 would also be particularly embarrassing before the virtual Climate Ambition Summit marking five years since the Paris deal. The event on Saturday will be co-hosted by the U.K. with the United Nations and France. British Prime Minister Boris Johnson announced last week he wants the U.K. to cut greenhouse gas emissions by at least 68% from 1990 levels by 2030 — a more ambitious goal than the EU’s.

“It’s time for European leaders to deliver,” said ecological activist Adelaïde Charlier, a co-founder of Youth for Climate Belgium. “It’s crucial for the EU if they want to stay leaders, they really have to step up their game.”

Greenpeace and other environmental groups have said the improved EU target is insufficient to properly tackle climate change.

“To increase the chances of limiting global heating to 1.5°C and avoid the worst effects of climate breakdown, Greenpeace is calling for at least a 65% cut in EU emissions from polluting sectors by 2030,” the NGO said in a statement Thursday.