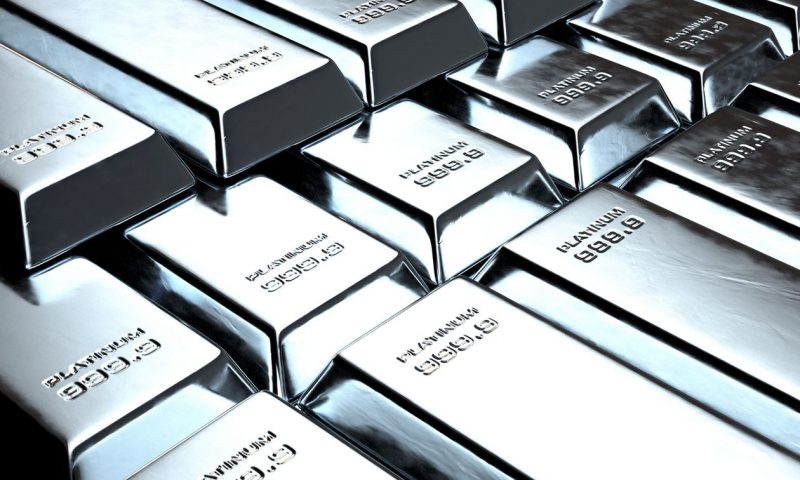 Green hydrogen could address 15% of worldwide demand, at a cost of $1.80 per kg

Platinum is one of the few metals that’s on pace to end the year with a loss, even as global supplies of platinum are expected to fall short of demand this year on the back of pandemic-related production disruptions, a rebound in automotive use and, notably, growing interest in clean sources of energy.

“Hydrogen is gaining a lot of momentum around the globe as the potential clean energy alternative, assisting in further decarbonization of the environment,” said John Caruso, senior asset manager at RJO Futures. Hydrogen created through the electrolysis of water is referred to as “green” hydrogen, and platinum is used as a catalyst in the electrolysis process. “Gray,” or traditional, hydrogen power generation uses natural gas.

Caruso thinks the “world is going to make a serious push over the next several years in the advancement of this technology,” and under a Joe Biden administration in the U.S., “the time could be right now for the U.S. to fully embrace this.” Biden has pledged to invest $400 billion over 10 years in clean energy and innovation.

But global inventories of the metal likely will not be enough to satisfy demand this year. World platinum supplies are forecast to fall by 18% to 6.74 million ounces, with demand down by only 5% to 7.94 million ounces, leading to a supply deficit of about 1.2 million ounces for this year, according to a report from the World Platinum Investment Council (WPIC) released Wednesday.

Developments in the third quarter, “including the V-shaped recoveries in automotive markets, pandemic-related risk driving precious metal investment demand and severely reduced supply,” have all contributed to the expected deficit in 2020, said Paul Wilson, chief executive officer of the World Platinum Investment Council, in statement. The WPIC also expects a deficit of more than 220,000 ounces in 2021.

Wilson also pointed out that platinum plays a “key role in the production of green hydrogen and in fuel cells for electric vehicles,” and that “material demand growth from this will be realized “in the 5 to 10 year period.”

“Green hydrogen is being embraced around the world,” and is in infant stages in the U.S., Caruso said. He points to a project in Utah for the construction of a green hydrogen power plant that is underway and when completed is expected to be one of the largest “green energy reservoirs” in the world, he said.

The Green Hydrogen Coalition, speaking at September’s National Clean Energy Week, agreed that specific projects, including the one in Utah, are a key for convincing skeptics that scalability and price competitiveness can be achieved, most likely with a combination of market forces and government support.

Driving down green hydrogen prices to boost demand requires the continued falling price of renewable energy overall, relative to fossil fuels and the advancement and scalability of larger electrolyzers, according to the Council.

Against that backdrop, platinum prices may be viewed as a bargain. “While many other precious and base metals have made large advancements, platinum has been left behind,” said Caruso. “Obviously, during the pandemic, we saw a vast slowdown in the automotive industry,” particularly diesel-powered vehicles, where platinum is used as the primary metal for catalytic converters.

Platinum already suffered a “massive blow” in demand during the 2015 Volkswagen AG VOW, +0.43% emissions test scandal. The car maker admitted to using software to cheat on pollution standards. Platinum futures fell by more than 26% in 2015.

During the summer of 2015, the metals market saw a “cross-over” in the platinum to gold ratio, and prices haven’t looked back, said Caruso. Platinum has historically traded at a premium to gold, he explained. By the end of 2015, platinum futures were cheaper, at $893.20 an ounce, compared to $1,060.20 an ounce for gold, according to FactSet data.

Fast forward five years and gold now is more than double the price of platinum, even as platinum is considered to be 30 times rarer than gold, and more expensive to mine, Caruso said.

Microsoft Corp. stock outperforms competitors despite losses on the day

Gold futures end higher for the session, down for the week