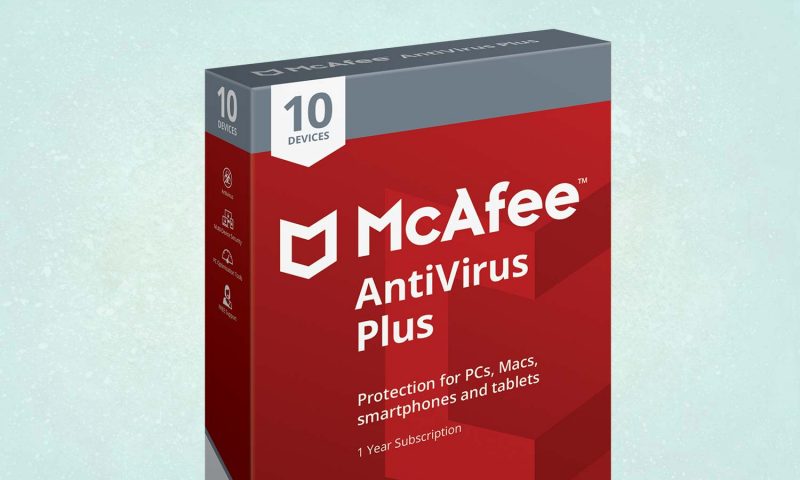 McAfee Corp. avoided a loss Thursday in its first earnings report since returning to the public markets.

McAfee MCFE, -1.20% reported a break-even third quarter on sales of $728 million. Last year, while still a private company, McAfee reported a net loss of $9 million on revenue of $662 million, according to filings with the Securities and Exchange Commission.

After adjusting mostly for amortization, the security-software company reported earnings of $129 million. Analysts on average had expected adjusted earnings of 36 cents a share on sales of $722 million, according to FactSet. McAfee did not provide a per-share figure.

McAfee guided for fourth-quarter revenue of $731 million to $742 million. Analysts on average had expected $728 million, according to FactSet.

McAfee has long been known for its antivirus software and other computer-security offerings, but it has gone through massive ownership changes in recent years. Intel Corp. INTC, +1.24% acquired the then-public company in 2011 for $7.7 billion, but then sold a majority stake to private-equity firm TPG in 2016. Another private-equity firm, Thoma Bravo, bought into the deal the next year, and those owners took the company public earlier this year while maintaining strong voting control.

McAfee priced its initial public offering at $20 a share, but has yet to close at or above that price since beginning trading in late October. Shares ended Thursday at $16.40 after a 1.2% decline, giving McAfee a market capitalization of about $7.2 billion, according to FactSet. The stock moved slightly higher in after-hours trading following the announcement.

Snap could be worth $200 billion in 5 years, analyst says