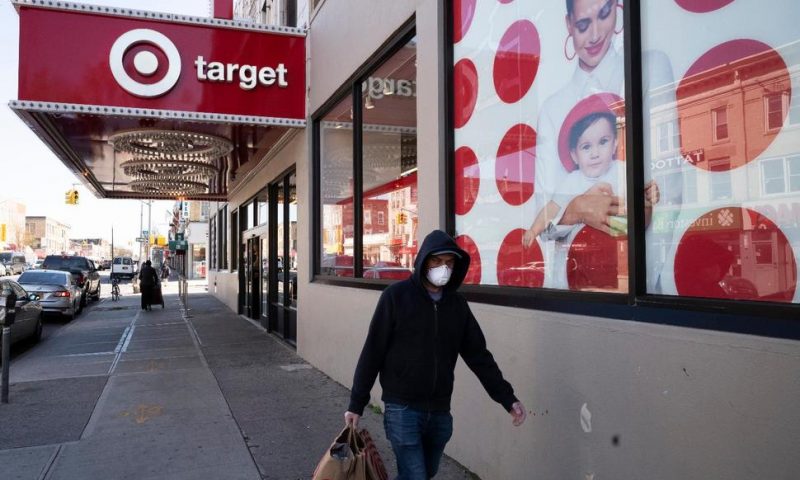 Target is the latest big U.S. discount retailer to show that it’s prospering during the pandemic.

NEW YORK — Target is the latest big box U.S. retailer to show that it’s prospering during the pandemic.

The Minneapolis company reported Wednesday that its online sales surged 155% in the three months that ended Oct. 31. Sales at its stores opened for a least a year rose 10%. Customer traffic rose 4.5% and average dollars spent rose nearly 16%.

Rising sales not only bode well for the holiday shopping season ahead for Target, it revealed again the widening gap between big box stores and more traditional retail and department stores in the pandemic. Business is booming at Target and Walmart because they sell groceries, auto supplies clothing and thousands of other goods all under one roof. That means shoppers can reduce their exposure by cutting back on trips to multiple stores.

Target is bringing other, more traditional retailers along for some of the ride.

Last week, Target announced a deal with nation’s largest beauty store chain, Ulta Beauty, that will place Ulta shops in more than 100 Target stores by mid-2021. Shares of Ulta spiked 7% on the day of the announcement, and hit a high for the year two days later.

On the other side are traditional retailers and department stores like Kohl’s, which on Tuesday reported a 13% drop in quarterly sales, and it lost money in the third quarter.

Target also says that it has has gained more than $6 billion more in market share so far this year. Consumer electronics enjoyed more than a 50% sales gain in the quarter, while Target’s home-goods business increased in the mid-20% range. Clothing posted sales of nearly 10%, while beauty, food and beverages increased in the high-teen percentage range.

Target has been expanding its online services. During the latest quarter, drive-up sales increased more than fivefold, while order pickup continues to increase with more than a 50% increase. And Target’s same-day service with Shipt increased nearly threefold during the quarter.

Target is pushing shoppers to start early this holiday season to avoid a crush of customers online and in stores during the pandemic.

“Guests seem to be responding well to the changes we’ve made to our holiday cadence,” Cornell said.

Target has added new safety protocols. It has doubled the number of parking spaces devoted to curbside pickup. It also is allowing customers to ensure a time slot in stores by checking in ahead of time online.