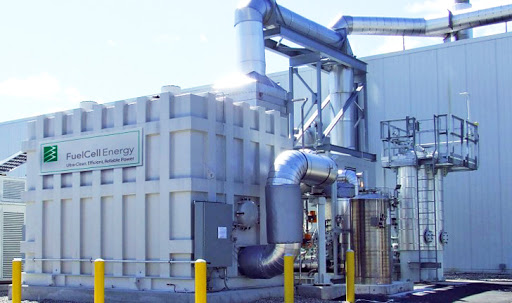 Shares of FuelCell Energy Inc. FCEL, +23.78% soared 27.4% in very active afternoon trading Wednesday, putting them on track to more-than double in four days, despite no news released by the company. With the stock rallying 11.3% on Friday, soaring 31.4% on Monday and climbing 10.0% on Tuesday, it has now rocketed 105.1% during its current win streak. That’s the best four-day run for the fuel cell technology and power generation company’s stock since it tripled (up 205.4%) during the four days ended Dec. 31, 2019.

Trading volume has increased during the current win streak, from 46.0 million shares on Friday, 96.3 million shares on Monday, 150.4 million shares on Tuesday 202.7 million shares about an hour before Wednesday’s closing bell. FuelCell did not immediately respond to a request for comment. The last press release issued by the company was on Oct. 9, when the company announced an $8 million award from the U.S. Department of Energy to design and manufacture an electrolysis platform capable of producing hydrogen. The stock’s rally comes amid growing investor interest in renewable energy stocks, particularly since the presidential election, as President-elect Biden has said he would look to transition away from fossil fuels. FuelCell’s stock has climbed 126.3% since Nov. 3, after plunging 93.0% over the previous four years. In comparison, the S&P 500 SPX, -1.15% has gained 6.7% since the election. Separately, a report from the U.S. SIF Foundation showed that investments in environmental, social and governance (ESG) factors now total about $17.1 trillion, or about one-third of total U.S. assets under management.