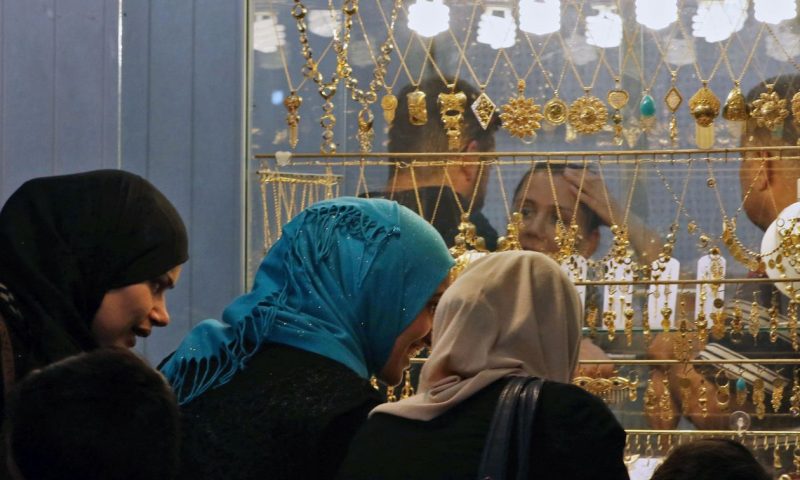 Gold futures headed higher on Friday, but were set for a weekly decline of at least 3% in a week which saw appetite for bullion tested by growing prospects for coronavirus remedies and vaccines.

“Gold was not exempt from Monday’s vaccine announcement and the ensuing market gyrations,” with December gold futures contracts falling by about $97 an ounce that day, Ryan Giannotto, director of research at GraniteShares, told MarketWatch. “The more nuanced outlook is that traders overshot the true market impact of the vaccine on Monday,” with gold recovering nearly half of that loss by Friday morning.

Weakness in the U.S. dollar on Friday and a steady retrenchment in bond yields has helped to encourage investors to dip back into precious metals, which don’t offer a coupon and are priced in dollars.

Gold prices retained their gains after a reading of producer prices showed a rise in October of 0.3%, with the core producer prices, excluding volatile food and energy prices, up 0.2%. The annual pace of PPI rose to 0.5% from 0.4%.

The the first of two readings on consumer sentiment in November fell to a three-month low at 77, down from 81.8 in October, the University of Michigan said Friday.

Metals dealers made the bullish case for gold that the resurgence of COVID-19 in many parts of the world continues to serve as a major underpinning for bullion buying.

“With U.S. hospitalizations from COVID currently at a record high, and a fiscal stimulus package yet to be agreed, there is some sense the market got ahead of itself and we are now seeing a correction higher in gold,” Ross Norman, chief executive officer of Metals Daily, told MarketWatch.

Central bankers also have expressed caution about becoming too hopeful about promising coronavirus remedies, including those from a partnership of Pfizer PFE, +2.85% and BioNTech BNTX, +4.30% which announced Monday, as hospitalizations and infections take a new deadly path higher.

“It’s just too soon to assess with any confidence the implications of the news for the path of the economy, especially in the near term,” said Federal Reserve Chairman Jerome Powell at a panel discussion hosted by the European Central Bank on Thursday.

Friday morning, New York Fed President John Williams on Friday said that bond yields have moved higher this week due to reports on the vaccine candidates for COVID-19 and not about worries about a spike in inflation.

He said economic indicators point to a positive trajectory for business activity, but note that the very large rise in COVID-19 cases in the U.S. recently “puts a question mark on the ability of the economy to weather this period.”

Uncertainty about the economic outlook has kept gold and silver in play, commodity experts have said.

“Central bankers generally expect their gold holdings to increase over the next year. General public investor demand for gold has been robust this year as the investing public still sees bullion as a safe-haven asset,” wrote researchers from Kitco.com, citing a survey by Central Banking and Invesco.

Meanwhile, Norman pointed out that Friday is Dhanteras, which is “arguably the most auspicious day in the Indian calendar for gold purchases.” The recent price correction will “likely see good uptake in this highly price-sensitive market,” he said.

Isolated Americans Spend at Home; Home Depot Is There for It