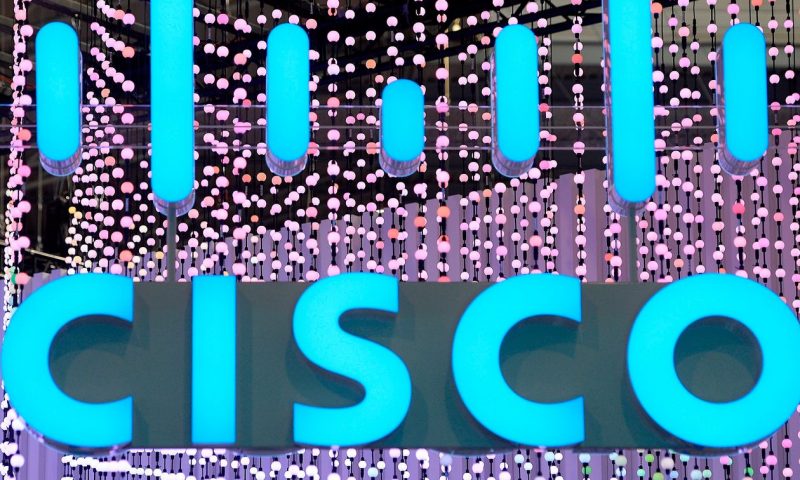 Revenue declined to $11.93 billion from $13.16 billion in the year-ago quarter, marking the fourth quarter in a row Cisco has reported a year-over-year decline in revenue. Security sales helped make up for deficiencies in infrastructure sales.

Shares rallied as much as 8% after hours, and will add about $13 billion in market cap if the stock performs at those levels when it opens Friday. Shares declined 1.7% in the regular session to close at $38.67, for a market cap of $163.23 billion.

On the analyst call, Chuck Robbins, Cisco chairman and chief executive, sounded a lot more optimistic going forward than he did in the earnings call three months ago.

“When we did the last earnings call, we had seen actually good demand in the first couple weeks of the quarter, but clearly it was a couple weeks and so it was not anything that would have given us a trend, but the quarter started and it stayed, it was very linear,” Robbins told analysts.

“Most recently Scott served as the CFO for Autodesk ADSK, -0.43% and brings an incredible background in software and helped lead Autodesk’s successful business model transformation from perpetual licenses to SaaS and subscription software,” Robbins said on the call.

In its last earnings report, Cisco announced that CFO Kelly Kramer will retire from the company once a replacement is found and that it would undergo a $1 billion cost reduction “over the next few quarters.”

Cisco reported $602 million in “restructuring and other charges” in the fiscal first quarter, and said it expects another $298 million to be reported in the second quarter. Cisco did not comment on the call as to how many of its last-reported 77,500 employees were affected by layoffs.