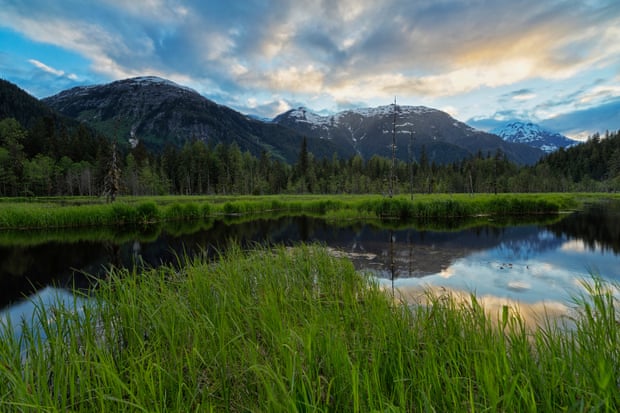 The Trump administration has announced it will lift protections in Alaska’s Tongass national forest, permitting logging in the world’s largest intact temperate rainforest.

Experts call the Tongass the “lungs of the country” and one of nation’s last remaining bulwarks against climate change. Located on the southern coast of Alaska, it is made up of centuries-old western cedar, hemlock and Sitka spruce trees, and is home to immense biodiversity, including the largest-known concentration of bald eagles.

“It’s ironic that this administration is trying to tout this president’s environmental record when [Trump is] unwinding environmental safeguards all over the place,” said Ken Rait, project director of the Pew Charitable Trust, who two decades ago helped win the protections that Donald Trump is now undoing. “And lifting protections on the Tongass, the nation’s flagship forest, is about the most egregious of all of them.”

Tribes also petitioned the government to protect customary cultural use areas of the Tongass. “All other avenues to protect our homelands have been exhausted, to little avail,” they wrote in their petition.

The Tongass has been safeguarded since 2001 by a “roadless rule”, which prohibits road construction, road reconstruction and timber harvesting in designated areas of national forests. It barred the construction of roads on some 58.5m acres, and in addition to the environmental benefits, the rule was motivated to protect US taxpayers from the costs of maintaining a web of US Forest Service roads “long enough to go to the moon and most of the way back with no way to maintain them”, said Rait.

Tourism has soared, and the forest support some of the last productive wild salmon runs in the world, and a billion-dollar commercial fishing industry. A 2019 scientific analysis showed that the Tongass absorbs more carbon than any other national forest, on a level with the world’s most dense terrestrial carbon sinks in South America.

After a brief private meeting between the president and the Alaska governor, Mike Dunleavy, aboard Air Force One in June 2019, Trump ordered his administration to lift all protections from the forest.

According to Rait, “between taxpayer expenses and the fact that the majority of logs cut on the Tongass will be exported to China and other Pacific Rim nations, today’s decision isn’t going to have robust economic benefits to anyone in this country.”

A recent report from the Center for Sustainable Economy documented taxpayer losses of nearly $2bn a year from federal logging programs, largely due to the fact that demand for timber has been flagging nationally.

“The Tongass is America’s Amazon,” Adam Kolton, executive director of Alaska Wilderness League, said in a statement. “This presidentially directed move to gut roadless protections for our nation’s largest and most biologically rich national forest is a calamity for our climate, for wildlife and for the outdoor recreation economy of south-east Alaska.”

Yemen on brink of losing entire generation of children to hunger, UN warns