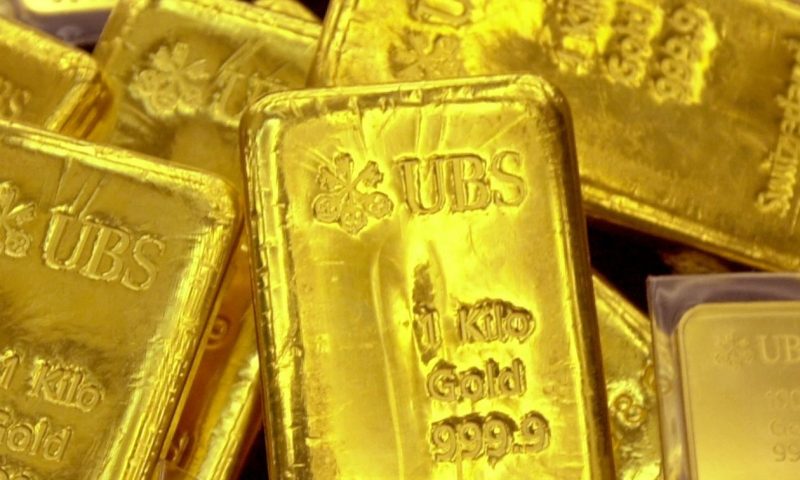 Gold futures fell sharply Wednesday to mark their lowest settlement in about a month as declines in global equities, in reaction to rising COVID-19 cases in Europe and the U.S., prompted investors to take refuge in the U.S. dollar.

“The go-to safe haven just now is the U.S. dollar and the combined effect of a strong dollar, plus the need for investors to raise funds for margins calls,” conspired to see gold lower, Ross Norman, chief executive officer of Metals Daily, told MarketWatch.

The dollar rose sharply, with the ICE U.S. Dollar Index DXY, a gauge of the currency against six major rivals, up 0.5%. A stronger dollar can be a weight on dollar-denominated commodities, making them more expensive to users of other currencies.

Still, if history is a guide, then the gold correction will “only be a short term issue and it will be the scale and speed of recovery in gold prices in the coming weeks which will give a good indication of underlying sentiment towards gold,” Norman said.

“Europe’s deteriorating outlook due to COVID-19 has turned the spotlight on the [European Central Bank] and that is sending the euro into freefall,” he explained. “A strong dollar on Europe’s woes has investors scrambling for cash and unwinding many of their anti-dollar bets, such as gold.”

European equities fell and U.S. benchmark stock indexes saw heavy losses as European countries weighed imposing a new round of lockdowns to contain the pandemic and the U.S. saw a continued surge in new cases.

The move in gold confirms this is more of a cash raise type of market move than anything else,” said Brad Bechtel, currency analyst at Jefferies, in a note.

The number of new U.S. cases daily rose back above 70,000 on Tuesday after hitting a record above 80,000 at the end of last week. The U.S. has reported a record 500,000 cases over the past week, the New York Times reported, while the seven-day average of confirmed new cases hit a record of 69,967 on Monday, according to a Wall Street Journal analysis of data from Johns Hopkins University.

“Once the panic-selling is over, gold will benefit again from the stimulus trade as the ECB will be forced to do much more than what was expected and the [Federal Reserve] is not too far with some risks creeping into the credit markets,” said Moya.