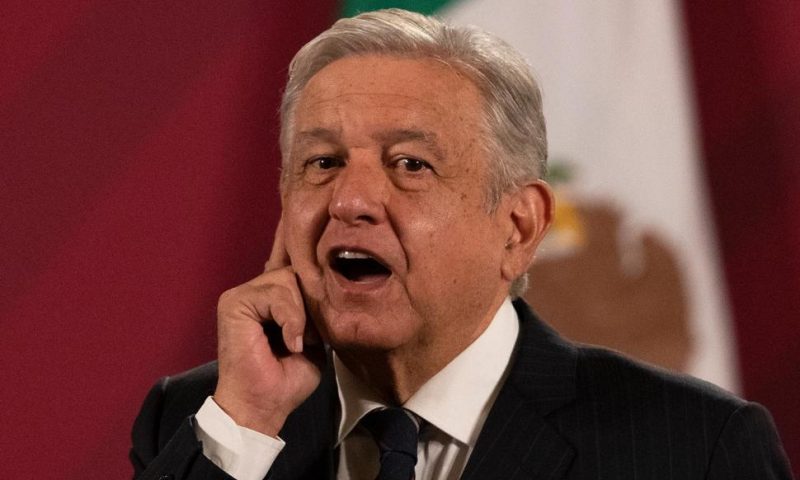 Six U.S. senators and 37 representatives wrote this week to President Donald Trump complaining about “actions by the government of Mexico that threaten U.S. energy companies’ investment and market access and undermine the spirit of the United States-Mexico-Canada Agreement” that went into effect this year.

López Obrador rejected the complaints, saying his administration would continue to give preference to the government’s Petroleos Mexicanos oil company and the state-owned electrical utility, arguing the free trade agreement did not cover Mexico’s energy sector. López Obrador has made fossil fuels and state-owned companies the centerpieces of his economic policy.

“In line with the legal framework we have, we are going to give preference to Pemex and the Federal Electricity Commission, let that be clear,” López Obrador said at an event Saturday marking the restarting of an old coal-fired power plant in northern Mexico.

López Obrador has rejected environmental arguments against the government’s aging, dirty coal and fuel-oil generating plants, saying that because they are government-owned, the government must defend them. That has led him to rewrite rules to make it harder for cleaner, newer private-built power plants to compete.

Even while most of the world is turning away from coal to adopt renewables or cleaner gas-fired plants, López Obrador seemed to revel in what for most leaders would be bad optics.

“I am very happy to be here, and here, at the Nava thermoelectric complex, to tell those who defend neoliberal policy, that we are not going to retreat one step,” the president said, adding that he read the U.S. legislators’ accusations about protecting state-owned industries with pride. “I read in their letter something that should be reason for satisfaction, and is a point of pride.”

“What is the role of government, then? To protect private interests? No!,” the president said. “The only businesses that public servants should be interested in are state-owned companies.”

The previous administration had approved energy-sector openings in 2014 under which private firms were allowed to build cleaner renewable and gas-fired plants in Mexico and sell their electricity into the power grid. But López Obrador said the private firms had been given favorable contracts that took market share away from the state-owned companies and has tried to walk those contracts back.

In May, the Mexican government cited the coronavirus pandemic as a justification for new rules that reduced the role of renewable energies like solar and wind power, granting a reprieve to the government’s own fossil-fuel power plants.

The decree sparked outrage among Mexican and foreign investors who had been allowed to sell their power into the government-operated grid.

Industry associations said the changes in May would affect 28 solar and wind projects that were ready to go online, and 16 more under construction, with a total of $6.4 billion in investments, much of it from foreign firms.

In their letter, the U.S. legislators wrote that there is evidence that López Obrador’s Morena party might try to revoke the 2014 reforms “and seek to relinquish all contracts currently in force.”

“U.S. companies invested billions of dollars to develop energy infrastructure in Mexico and in the United States to import fuel from our refineries to satisfy Mexican demand,” according to the letter.

“These efforts violate and contradict the spirit, if not the letter, of the USMCA,” the U.S.-Mexico Canada free trade agreement that went into effect in July, the letter continued. “We are deeply concerned that these actions demonstrate a pattern of obstruction and urge you to find a resolution with the Government of Mexico to keep the current market conditions that the Energy Reform regulatory framework provides, along with certainty and fairness for U.S. companies operating and competing in Mexico.”

Asian Shares Little Changed on Uncertainty Over US Election

Chinese Leaders Focus on Tech as They Make 5-Year Plan