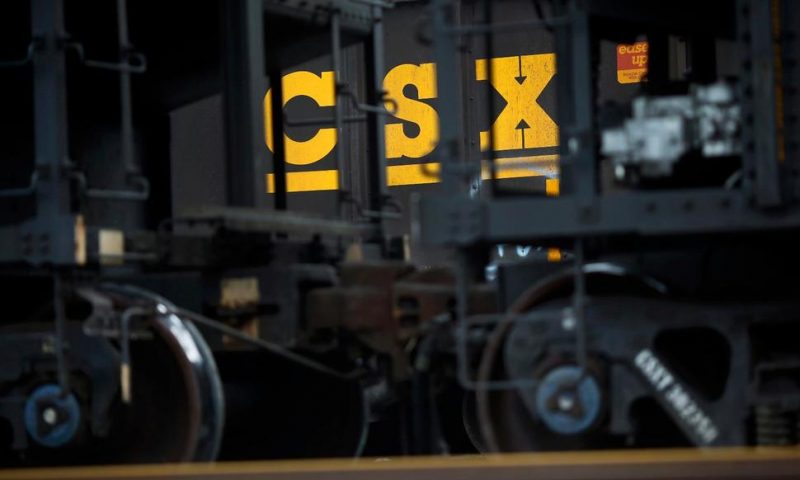 CSX’s third-quarter profit fell 14% but the railroad says it handled nearly as many shipments as last year, as volume recovered from the depths of the shutdowns earlier this year.

OMAHA, Neb. — CSX’s third-quarter profit fell 14% but the railroad said it handled nearly as many shipments as last year, as volume recovered from the depths of the shutdowns earlier this year.

The Jacksonville, Florida-based railroad said Wednesday that it earned $736 million, or 96 cents per share, in the quarter. That’s down from $856 million, or $1.08 per share, a year earlier.

But the freight railroad said revenue fell 11% to $2.65 billion in the quarter, which was below the $2.7 billion that analysts expected.

CSX said the total volume of carloads it delivered during the quarter was 3% below last year as strong growth in deliveries of shipping containers — known as intermodal shipments — nearly offset weakness in every other category of shipment. During the second quarter earlier this year volume was down 20% as many businesses were shut down.

“We were encouraged by the speed with which volumes recovered from the trough, particularly the strength in the intermodal market,” CSX CEO Jim Foote said. “Fourth-quarter volumes to date are up year-over-year and we all hope for continued positive economic momentum.”

CSX managed to cut its expenses 11% to $1.5 billion even as volume increased sharply during the third quarter. Edward Jones analyst Jeff Windau said its remarkable how well CSX has managed its costs.

“You have to be pretty impressed with the way they have been able to navigate the markets and how nimble they have been,” Windau said.