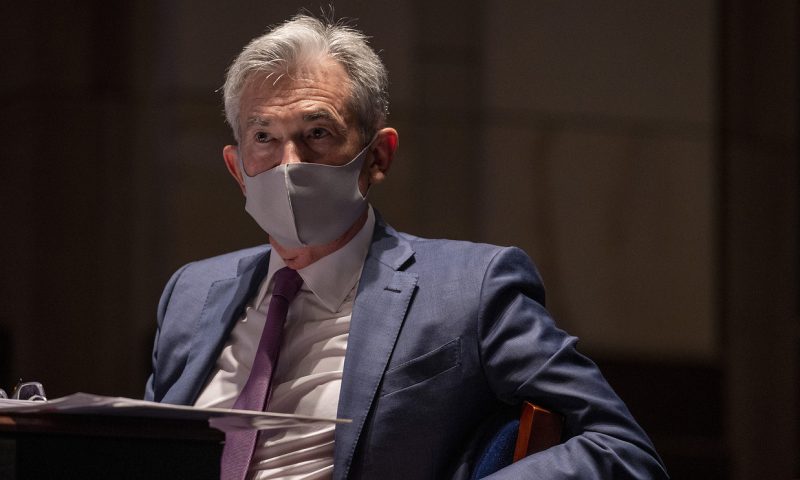 Stocks finished higher Wednesday, after the Federal Reserve left benchmark interest rates unchanged near zero and Fed Chair Powell reiterated his promise to provide support until the threat of the coronavirus to the U.S. economy has passed.

A Capitol Hill hearing with top executives of the world’s most powerful technology firms also was a focus, along with wrangling over coronavirus aid and a flood of blue-chip corporate earnings reports.

Stocks cheered the Federal Reserve’s decision to leave its benchmark interest rates unchanged near zero on Wednesday and Chairman Jerome Powell’s pledge once again to provide stimulus until the economy has weathered the pandemic.

Powell noted that households and the jobs market have slightly improved since May as the nation made headway against the biggest shock to the U.S. economy “in living memory,” but also warned that rising coronavirus cases in many states now threaten the pace of the recovery.

“Fiscal policy is essential here,” Powell said in an afternoon news conference, where he reiterated that the Fed had no plans to rein in its slate of emergency lending facilities to keep credit flowing, and also nudged members of Congress to provide additional coronavirus aid.

“I think they are playing with fire,” Diane Jaffee, a senior portfolio manager at TCW, said about the protracted debate in Congress over further pandemic aid, in an interview following the Fed’s decision. “If Congress was counting on the fact that the economy was going to reopen, and they wouldn’t need to do another package, clearly, that Plan A is gone.”

Investors hope Republicans, Democrats and the White House can agree on additional coronavirus aid ahead of the end-of-the-month expiration of supplemental unemployment benefits that have been credited with helping cushion the economic blow from the pandemic. Treasury Secretary Steven Mnuchin said the Trump administration and Democrats remained far apart on the proposed fiscal stimulus bill.

Investors also were tuned into testimony in Washington from the nation’s most prominent chief executives in the technology sector, who were fielding tough questions on their business practices and accusations they have used their market power to thwart competition, in a hearing before the House Judiciary Antitrust Subcommittee.

“A big theme in this hearing,” writes MarketWatch’s Jeremy Owens in Live Blog coverage, “is that these platforms use data involving other companies on their platforms to form their own product approaches.”

The busiest week of earnings reporting season also rolled on, including results from a number of closely followed companies, General Electric Co. US:GE and plane-maker Boeing Co. US:BA, which is still reeling from the grounding of its 737 MAX aircraft and uncertainty about the future of flight in the wake of the pandemic.

In U.S. economic data, the trade deficit in goods dropped to $70.6 billion in June, a 6.1% decline in June from the previous month. The index of pending home sales soared 16.6% last month, helped by low borrowing rates, as compared with May, the National Association of Realtors reported Wednesday.

The yield on the 10-year U.S. Treasury note BX:TMUBMUSD10Y were less than a 1 basis point lower at 0.578%. Yields move in the opposite direction of prices.