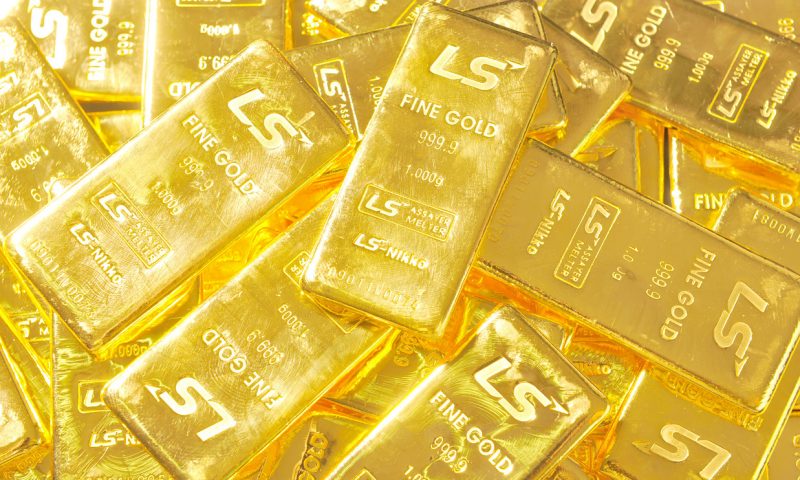 Gold prices settled with a modest loss on Monday as investors weighed demand for the precious metal against a backdrop of nationwide protests following the death of a black man in Minneapolis police custody, the latest developments tied to U.S.-China tensions over Hong Kong, and some data that point to an improvement in the economy.

“Protests and trade war situations can have both positive and negative effects on gold prices,” said James Hatzigiannis, chief market strategist at Ploutus Capital Advisors. They can have a negative effect on the economy and decrease physical demand for gold, but also boost haven demand for the precious metal, he told MarketWatch.

Civil unrest erupted across major cities from Los Angeles to New York as anger over the death in police custody of George Floyd last Monday sparked demonstrations. A Minneapolis police officer, Derek Chauvin, was captured on video driving his knee onto Floyd’s neck until the handcuffed man lost consciousness and later died.

For now, the U.S. economy, however, has shown some signs of recovery as COVID-19 lockdowns in the country because to ease.

The Institute for Supply Management said its manufacturing index climbed to 43.1 last month from an 11-year low of 41.5 in April, while the Commerce Department reported that spending for U.S. construction projects dropped a smaller than expected 2.9% in April.

Meanwhile, trade frictions between the world’s two largest economies will also “start to put a dent in the global economic recovery trade and that should provide gold with further support,” Moya said in a Monday note.

Bloomberg News reported Monday that China was poised to halt purchases of some U.S. farm imports, including soybeans. That follows the U.S. State Department’s determination that Hong Kong no longer was autonomous from China and President Donald Trump’s move toward ending the U.S.’s special trade relationship with Hong Kong.

Also Monday, a weaker tone for the U.S. dollar was also seen as supportive for precious metals. The ICE U.S. Dollar Index US:DXY, a gauge of the currency against a basket of six major rivals, was down 0.2%.

Silver futures posted a gain of nearly 24% in May, the largest monthly rise since 2011, with the industrial metal finding support as global economies continue to reopen from pandemic-related shutdowns.

Stocks in Europe surge as focus returns to reopening economies