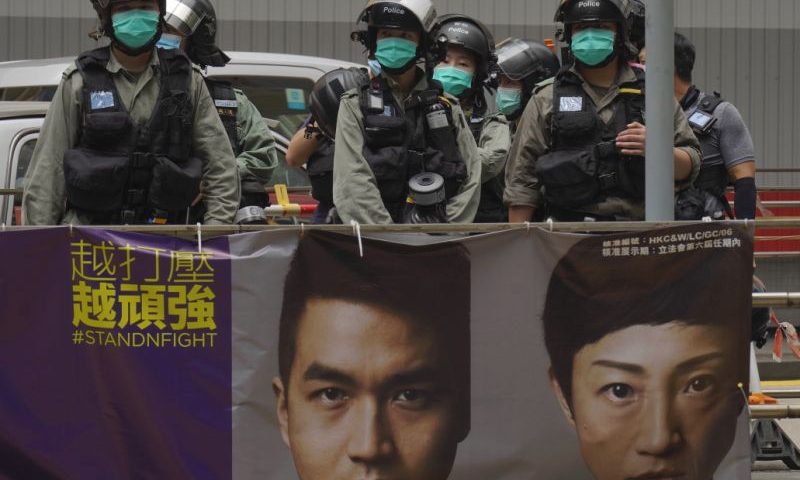 A security law proposed by China could imperil Hong Kong’s status as one of the world’s best places to do business.

HONG KONG — A national security law proposed by China could imperil Hong Kong’s status as one of the world’s best places to do business.

The law, approved Thursday in Beijing, led Secretary of State Mike Pompeo to say Washington will no longer treat Hong Kong, already reeling from anti-government protests and the pandemic, as autonomous from Beijing.

The Chinese government has not given details of the law, which is aimed at suppressing secessionist and subversive activity in the former British colony.

After 11 months of protests, Chinese leaders say it’s needed to combat unspecified threats in the semi-autonomous region of 7 million people. But business groups, lawyers and financial analysts say potential repercussions range from loss of business for Hong Kong’s financial markets and law firms to travel restrictions on its residents.

Hong Kong is highly regarded for its skilled workforce, business-friendly legal system, Western-style free speech and ease of movement. But global companies already were shifting some operations out of Hong Kong due to rising costs and uncertainty after prolonged, sometimes violent clashes between police and pro-democracy protesters.

Scott Salandy-Defour, founder of clean-tech startup Liquidstar, has been considering moving out of Hong Kong, and the security bill is the “last straw,” he said. “I don’t see how it gets any better from here.”

“When we say we’re a Hong Kong-based company when talking to investors, it’s just not as attractive as it was as a year ago,” said Salandy-Defour, whose company provides sustainable battery rental and charging services for developing countries.

“We’re potentially cutting ourselves off from a lot of different funding avenues, like grants from the U.S. government,” he said.

Hong Kong’s leader Carrie Lam has tried to reassure companies and the public that its civil liberties won’t be affected. But the law shows Chinese President Xi Jinping is determined to tighten control.

“Hong Kong is riskier than it used to be,” said Tara Joseph, president of AmCham Hong Kong. “There is a big worry that there are two buses careening towards each other, and that’s the U.S. and China, and that this could have a profound impact in Hong Kong,” Joseph said.

Critics say the law undermines the “high degree of autonomy” promised when Britain handed control to China in 1997. That autonomy meant Washington and other governments have treated the city as a separate territory for trade, travel and other affairs.

Secretary of State Mike Pompeo said Wednesday those changes are significant enough that Washington will no longer treat Hong Kong as autonomous.

The loss of Hong Kong’s trade privileges could mean Hong Kong identity card holders might lose their ability to visit the United States without applying for a visa in advance. Washington also could revoke its promise to exchange Hong Kong dollars for U.S. dollars, potentially disrupting the city’s financial system, Deutsche Bank economist Michael Spencer said in a report.

The financial sector would take a big hit if companies such as MSCI reclassify Hong Kong as an emerging market like Shenzhen and Shanghai instead of a developed market, Spencer said.

“A very large share of capital invested in the Hong Kong market will have to leave,” he said.

Hong Kong’s uncertain future is putting it at a disadvantage with other Asian destinations that are competing to attract foreign investment, such as Singapore and Tokyo.

“Over time, people get nervous, and think that this place may not be, my money may not be, as safe as it once was, and I’m going to think about going somewhere else,” said William Reinsch, senior adviser at the Center for Strategic and International Studies. “It sends a signal that Hong Kong is no longer a safe and reliable place to put your money or to do business.”

The national security law has added to worries that Hong Kong’s legal system is losing its independence. The Hong Kong Bar Association says the method for enacting it is a threat: China is circumventing the territory’s legislature by changing its mini-constitution, the Basic Law, to require its government and courts to enforce security measures, regardless of what local lawmakers decide.

Beijing has shown little regard for such considerations, said Reinsch.

“Singapore’s going to get more business as a dispute resolution center,” said Broadfoot. “Its legal system, which is a bigger earner, will benefit from Hong Kong’s problems.”

Hong Kong’s troubles and broader global economic uncertainty due to the pandemic also may make it harder for businesses there to attract and retain talent.

Still, some experts believe the concerns over a possible loss of Hong Kong’s special status are overblown.

Many big companies have sizable operations in both the mainland and Hong Kong, and most of Hong Kong’s manufacturing base shifted to China years ago, said Nicholas Lardy, a fellow at the think tank Peterson Institute for International Economics.

Hong Kong is still an attractive base for many companies, said Andrew Bishop, a partner with Signum Global Advisors, a risk advisory firm.

“At this point, continuing operations in Hong Kong has become a matter of careful calculation rather than a gut reaction to a surprise shock.”