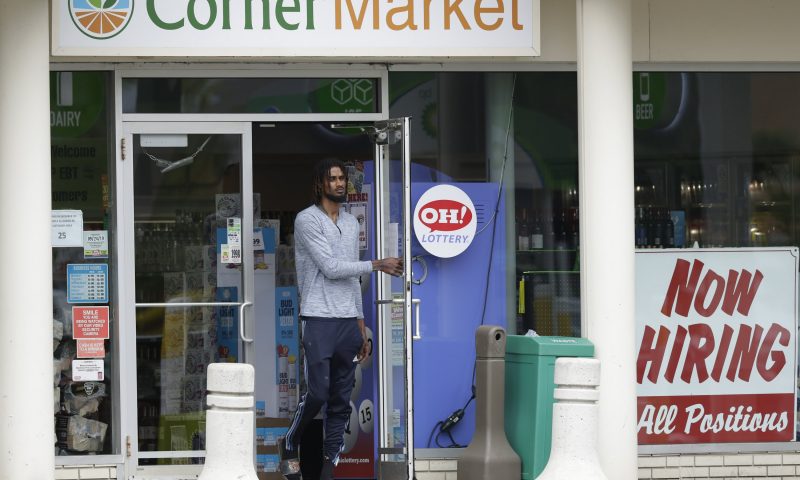 There has been an uptick in travel in recent weeks, but the airline industry remains largely idled.

There has been an uptick in travel in recent weeks, but the airline industry remains largely idled.

IMMOBILIZED: Job cuts in the transportation industry have arrived this week by the thousands. The auto industry has suffered a number of setbacks, including interrupted production do to infection.

— American Airlines will cut its 17,000 management and support staff by 30%, about 5,100 jobs. Layoffs may begin in October if enough employees do not take buyout offers.

— European budget carrier easyJet will cut up to a third of its workforce because of the pandemic. The airline has around 15,000 full-time employees — meaning some 4,500 jobs are at risk. The British carrier resumes limited service on June 15, but estimates that it may take three years to get back to 2019 demand levels.

— Nissan Motor Co. is closing its manufacturing plants in the northeastern Catalonia region in Spain, costing 3,000 jobs. The Industry Ministry in the financially strapped country are asking the Japanese automaker to reconsider. But auto sales globally are in retreat.

MORE TRAVELERS: The number of people passing through airport checkpoints has climbed above 250,000 for seven straight days, the first time that has happened since mid- to late-March. As numbers slowly climb, airlines are facing more scrutiny for preventing spread of the coronavirus.

— The CEO of United Airlines said Thursday that social distancing is impossible on planes and that airlines must take other measures to protect passengers. “Airplanes don’t have social distancing. We’re not going to be six feet apart,” Scott Kirby said, “but an airplane environment is incredibly safe” because of mandatory face masks, air-filtering systems and cleaning the cabins more thoroughly.

Kirby said United notifies passengers and offers to rebook them when a flight will be at least 70% full, and only 1% of customers have taken the offer. United says only 5% of flights are at least 70% full and 85% are less than half full.

NOT ALL RETAIL NEWS IS BAD NEWS: There has been a wave of bankruptcies in retail and few sectors have been harder hit on the jobs front. But a number of companies have thrived, or at least survived.

— Amazon plans to offer 125,000 full-time roles to the 175,000 people it hired to help pack and ship orders at its warehouses as orders surged during the pandemic. The company said the rest of its temporary workforce may choose to stay on as part-time employees or return to the job they had before the pandemic.

— Dollar stores have become a lifeline to millions during the pandemic. On Thursday, Dollar Tree reported sales actually increased in the most recent quarter and the retail chain beat almost all expectations for sales as well. Also on Thursday, Dollar General posted a 21.7% increase in sales at established stores, topping even strong numbers from Walmart and Target.

— Orders have improved “significantly” for the mattress company Tempur-Sealy as online orders surge and some stores are reopened. People are spending more hours in beds, sometimes working, during the shutdown. Still, Tempur-Sealy expects sales this quarter to be down 30% compared with a year ago.

— German food discounter Aldi will have nearly 600 locations in the U.S. available for curbside pickup by the end of July. The company, known for its low prices and store label brands, had tested the service in select stores. Aldi operates nearly 2,000 stores in the U.S.

GOVERNMENT & CENTRAL BANKS: The U.S. on Thursday reported that job losses since the beginning of the pandemic have reached 41 million. The debate over how to respond has roiled Congress. The economic toll globally will be massive.

— French unemployment claims jumped 22% in April, as 843,000 more people sought work even as the pandemic prevented companies from hiring.

— Thailand says that 8.4 million people are at risk of losing their jobs this year due to pandemic, with the tourism sector being the most affected.

MARKETS: A rally on Wall Street ran out of steam Thursday due to worries about tensions between the U.S. and China.

INTO THE WILD: A survey last last month by the Kampgrounds of America found that the COVID-19 crisis had created a lot of new campers. New retail data backs that up.

In the two weeks ending May 2, sales for camping basics including tents jumped 30%, according to the retail tracker NPD Group. Hammock sales soared 103%, camp sets 119%, campfire equipment 42%, grills 74%. Sales of travel books, road maps and atlases are also soaring, as are sales of RV equipment.

Pending Home Sales Plunged 21.8% in April on a Monthly Basis