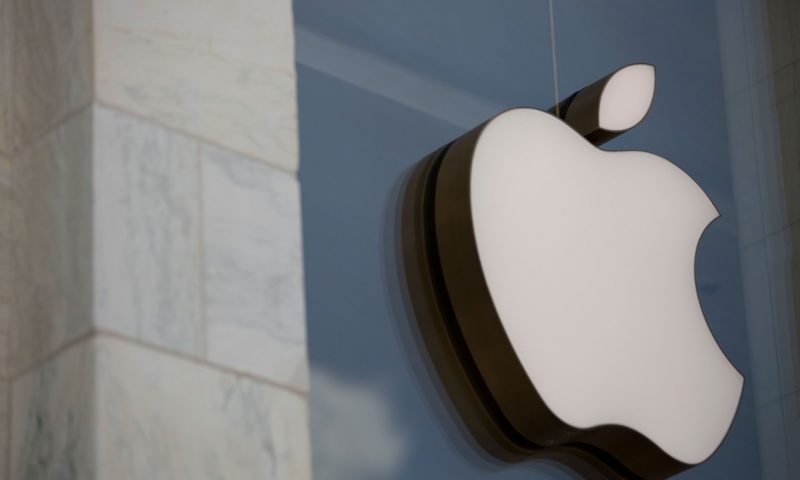 Apple Inc. is slowly reopening more of its stores in what one analyst calls a “sign of improving trends,” but the company seemed to be making strides in the “new normal” even before this move.

“We see store reopenings as a directional sign of improving trends and a drift toward a more normalized demand environment for Apple,” Deutsche Bank’s Jeriel Ong wrote. “While high unemployment and smaller consumer pockets have us worried for the next-gen iPhone launch that typically comes in September/October, we continue to tilt bullish on Apple.”

He raised his price target on the stock to $320 from $305 while keeping his buy rating.

While Jefferies analyst Kyle McNealy expects brick-and-mortar sales to be a continued source of weakness in the June quarter, he was impressed by the company’s progress in e-commerce.

“Our web-traffic analysis indicates that Apple has seen strong growth through online channels since the start of COVID-19,” wrote McNealy, who raised his price target on Apple’s stock to $370 from $350 and reiterated a buy rating.

Based on his look at web data, Apple saw 123% year-over-year growth in iPhone page traffic in April on its own site and 39% growth on third-party sites. Early interest in the iPhone SE, the lower-cost device that Apple launched last month, struck McNealy as “quite remarkable” given that it accounts for about three-quarters of the growth in iPhone page traffic since a year ago.

“We see Street iPhone expectations as conservative for the June quarter and they don’t fully appreciate strength from online channels and the launch of the iPhone SE as positive offsets to brick and mortar declines,” McNealy wrote.

Regardless of how customers choose to buy their iPhones, Bank of America analyst Wamsi Mohan is enthusiastic that the company is nearing a big milestone as its overall iPhone installed base approaches 1 billion.

“We view the installed base as a key indicator of the potential of the Apple ecosystem,” he said in a Wednesday note to clients. “A larger installed base can eventually drive higher consumption of services and sales of incremental devices (halo effect).”

Mohan sees opportunity for Apple to boost its installed base further through the secondary market, which he expects to be the largest driver going forward.

He upped his price objective to $340 from $320 while maintaining his buy rating.

Apple shares have added 16% over the past three months as the Dow Jones Industrial Average DJIA, +2.21% has dropped 0.9%.

Orders for US Big-Ticket Factory Goods Drop 17.2% in April