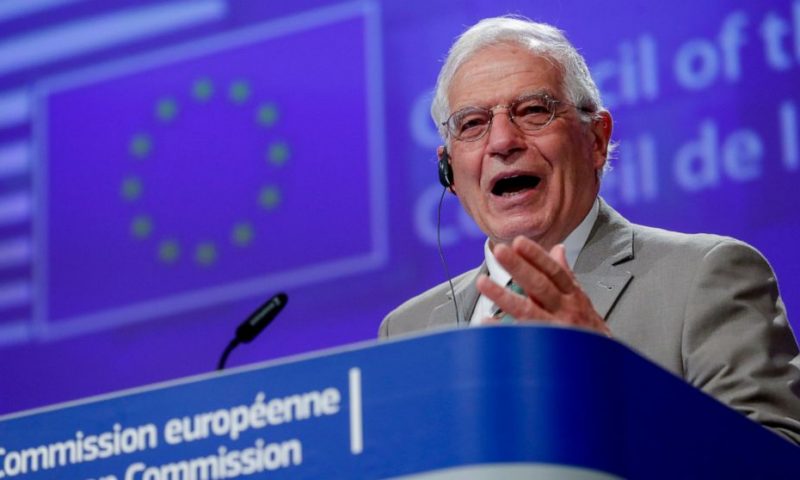 The European Union’s top diplomat has called for the bloc to have “more robust strategy” toward China amid signs that Asia is replacing the United States as the center of global power.

BERLIN — THE European Union’s top diplomat has called for the bloc to have a “more robust strategy” toward China amid signs that Asia is replacing the United States as the center of global power.

EU foreign affairs chief Josep Borrell told a gathering of German ambassadors on Monday that “analysts have long talked about the end of an American-led system and the arrival of an Asian century.”

“This is now happening in front of our eyes,” he said.

Borrell said the pandemic could be seen as a turning point in the power shift from West to East, and that for the EU the “pressure to choose sides is growing.”

He said the 27-nation bloc “should follow our own interests and values and avoid being instrumentalized by one or the other.”

But while China’s rise was “impressive,” Borrell said current relations between the Brussels and Beijing weren’t always based on trust, transparency and reciprocity.

Borrell said “we only have a chance if we deal with China with collective discipline,” noting that an upcoming EU-China summit this fall could be an opportunity to do so.

“We need a more robust strategy for China, which also requires better relations with the rest of democratic Asia,” he added.

Speaking at the same conference, held by videolink this year due to the pandemic, German Foreign Minister Heiko Maas echoed Borrell’s call for greater transparency from China, an issue that has come to the fore over Beijing’s information policy during the early stages of the virus outbreak.

Germany takes over the six-month rotating presidency of the EU in July.