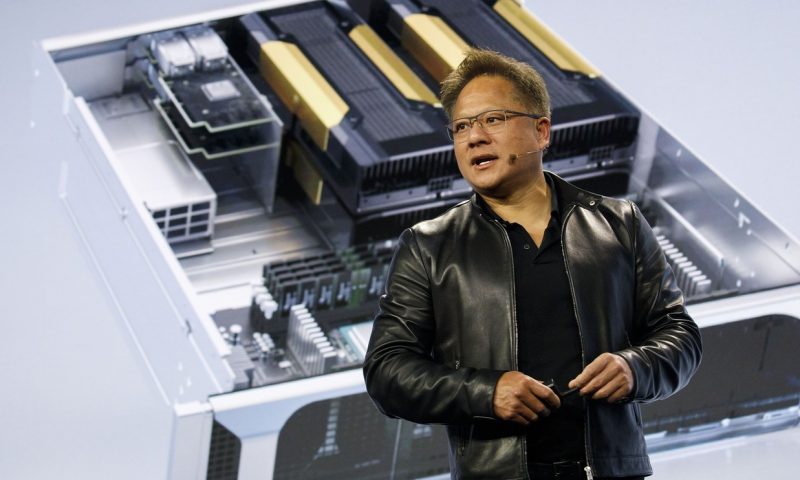 With first $1 billion data-center quarter and new segments, Nvidia shows that data center is just as important, if not more

Nvidia reported strong first-quarter earnings Thursday, as sales of data-center chips soared 80% and surpassed $1 billion in a single quarter for the first time, at $1.13 billion, while gaming chips surged 27% to $1.33 billion. As part of the report, Nvidia also began to report its business segments in a new manner, with segments for computing and graphics, setting up a side-by-side rivalry for the two core areas.

While the segment change — going from a split between Nvidia’s GPU business and its Tegra processor business to differentiating between the uses of the chips Nvidia sells — may seem minor, it is a sign that Nvidia sees these two uses of its chips as equally important.

“It was time to come up with a new view that would take us into the future,” Nvidia Chief Financial Officer Colette Kress said in an interview with MarketWatch on Thursday.

The graphics segment will include graphics chips for gaming, PCs and its game-streaming service and infrastructure, as well as some other businesses, and totaled $1.9 billion in Thursday’s report. The up-and-coming compute segment totaled $1.17 billion in revenue, with growth of 69%, and includes data-center platforms, high-performance computing, and chips and software for autonomous vehicles and robotics.

Both of the core businesses benefited from the move to working from home while sheltering in place during the global pandemic. In addition, starting next quarter, its data-center business will include revenue from the company’s $6.9 billion acquisition of Mellanox, a high-performance computing chip maker it has partnered with recently on two of the world’s fastest supercomputers.

“The notion of accelerating deep learning and machine learning using our GPUs is now common sense,” Huang said. “It didn’t used to be. People still saw it as something esoteric, but today data centers all over the world expect a very significant part of their data center being accelerated with GPUs.”

Indeed, the future for Nvidia right now is continued growth in the data center, and making workloads, such as AI, faster in that environment. Nvidia demonstrated it is in a good spot during the pandemic, with the exception of its automotive business, which fell 7% in the quarter and is expected to worsen to a 40% tumble in the current quarter as the demand for cars has slumped and research in autonomous vehicles has stalled, at least for now.

Business in the Age of COVID-19: Nvidia should dodge massive coronavirus effects thanks to data centers and videogames

While its automotive business is largely an afterthought now, CFO Kress believes that the gaming and data center are in a “race” to see which one becomes the biggest business segment for Nvidia, showing how far its data-center business has come, against the gaming core that made the company a Silicon Valley powerhouse.

When asked if compute could eventually outpace and overtake gaming, she declined to comment.

“When we do reach that point, you guys will be the first to know,” Kress said. “The great thing about multiple views of these segments is they have very significant TAMs [total addressable markets]. We will see as they race to grow.”

Ever since Nvidia made its machine-learning breakthrough, it has been three companies — a solid, dependable gaming-chip maker, a growing but still young force in data-center chips, and a potential game-changing automotive supplier. With the auto business now farther away from its promise and the data-center business becoming a new core business, Nvidia has rounded into a different beast, and a powerful one.

Gold posts first loss in 3 sessions, logs lowest finish in over a week