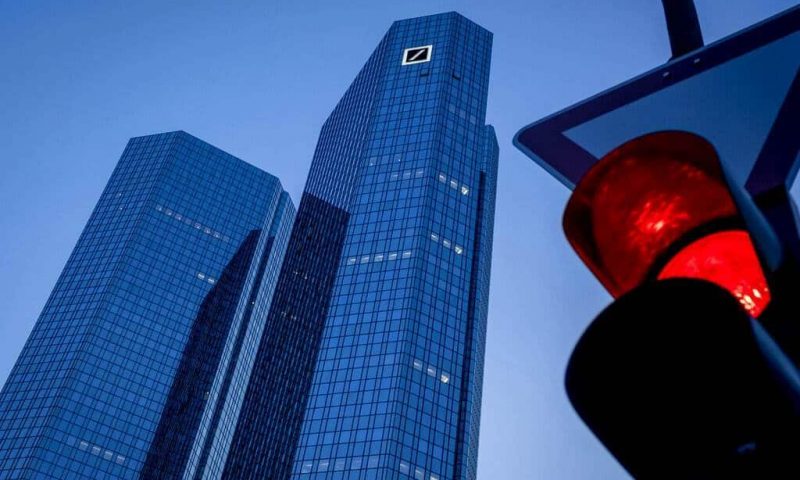 Deutsche Bank’s CEO says 60% of its employees are working from home and remote work could help cut costs in the future.

FRANKFURT, GERMANY — Germany’s Deutsche Bank says it is in good financial shape and will push ahead with cost cuts to bolster profitability – and its CEO says working from home could play a role in that.

CEO Christian Sewing said at the company’s annual shareholder meeting, held online due to the coronavirus outbreak, that the company was on track to meet its goals for cutting its cost base to 17.0 billion euros ($18.6 billion) in 2022 from 21.5 billion euros last year.

The company will not pay a dividend as it carries out a far-reaching restructuring aimed at eliminating riskier and less profitable businesses and focusing on its European client base.

He said the company was “part of the solution” during the crisis, advising the government on support efforts and acting as a “conveyor belt” for 6,500 applications for emergency credit with a volume of over 5 billion euros.

He added that efforts to adapt to the outbreak through remote working and video conferencing raised the possibility of spending less on office space and travel.

“If 60% of employees worldwide can work away from their offices and still deliver excellent service to our clients, then of course we have to ask ourselves: can we give our staff additional flexibility to work from home if they want to?” Sewing said in his speech to shareholders. “And if that’s the case, do we need quite so many offices in expensive urban centers?”

Less corporate travel would save the company time and money, and benefit the environment as well, he added. Deutsche Bank had 88,000 employees at the end of last year.