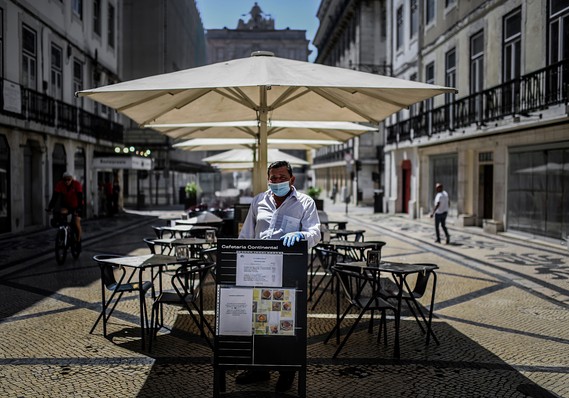 Some cheer plan that involves grants, not loans

The biggest economies in Europe are throwing their weight behind a 500 billion–euro ($545 billion) debt-backed plan to help the region recover from the devastating coronavirus pandemic.

German Chancellor Angela Merkel and French President Emmanuel Macron jointly announced the plan, which will provide grants, rather than loans, for “the most affected sectors and regions based on EU budget programs and in line with European priorities.”

“We, Germany and France, are committed to our responsibility for the EU without any ifs and buts, and we will help together to pave the way out of the crisis,” they said in a statement. The plan would allow the European Commission to borrow money on financial markets in the European Union’s name, but also respect EU laws regarding public debt.

The fund will be used to “enhance the resilience, convergence and competitiveness of the European economies, and increase investments in particular in the digital and green transitions, strengthening research and innovation,” said the statement.

Former European Central Bank Vice President Vítor Constâncio, called the plan a “great proposal,” in comments on Twitter. “The Funds will be distributed as budget transfers, not grants, prioritizing the more affected countries and not according to GDP (or GNI),” he said.

“Repayment will be via annual budget contributions during a long period. It looks like the EU Commission will have to borrow long term. Exactly what was necessary,” said Constancio, who said he had suggested an €800 billion fund but allowed that €500 billion represents 4% of GDP and is “sizable.”

“The Commission has a triple A rating and if it borrows at 20 years, total debt service (w/ amortizations) paid via annual countries budget contributions will be very low, starting at about 0.2% of GDP and going down,” he said.

Spanish economist Luis Garicano, a member of the European Parliament, tweeted that there were several positives to the plan, such as the fact it is to be included in the European Union budget in the years 2021 to 2027, therefore “under democratic European control … change from loans and grants and to 500bn in expenditure is v. good news.”

The European Union has predicted “a recession of historic proportions this year,” with the 27-nation eurozone economy expected to contract by 7.5% this year, before growing by about 6% in 2021. Some countries are expected to suffer more than others, such as Spain and Italy, whose economies rely on tourism and which were also hardest hit by the pandemic in public health terms.

Economies are just starting to emerge from strict lockdowns, but a plan has been stalled for weeks over disagreements regarding how to deploy money, with budget stickler the Netherlands locking horns with Italy, which has a more intense need to help its battered economy. The plan would require approval from all member states.

Over 4 million Americans are now skipping their mortgage payments