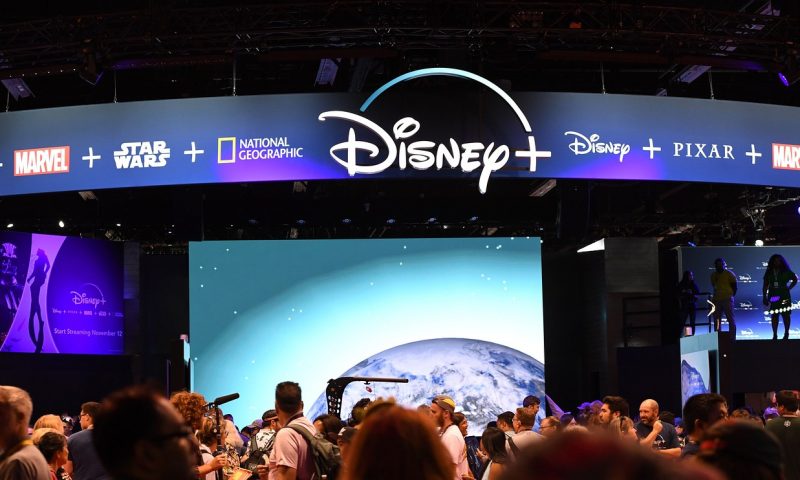 Starbucks to open 85% of U.S. stores by weekend

U.S. stocks ended slightly higher Tuesday for a second straight day, but finished well off session highs, as investors watched business restrictions begin to ease in the U.S. and Europe and progress toward an early vaccine to prevent the further spread of the COVID-19 pandemic.

Rising crude oil prices also bolstered equity benchmarks as Wall Street looked to corporate earnings for an outlook on the pandemic, with Disney’s results in focus after the close.

U.S. stocks eked out a second consecutive day of gains as investors weighed a cloudy picture of the economy against U.S. businesses starting to slowly reopen after a period of stultifying coronavirus lockdowns.

“There’s hopefulness and enthusiasm when people read stories about states reopening,” John Cary, director of equity income, U.S., at Amundi Pioneer, told MarketWatch. “But it’s not a surprise that we’d have strength followed by a retread again, as people are not placing a great deal of confidence on any earnings outlooks. We just don’t have enough information.”

California Gov. Gavin Newsom on Monday said clothing stores and a number of other retailers could open for curbside pickup starting Friday, while a number of states are slowly attempting to unwind measures put in place to limit the COVID-19 disease.

New York Gov. Andrew Cuomo on Tuesday reiterated his call for federal aid for New York, the epicenter of the pandemic, a day after he outlined a pathway to reopening parts of his state, but also stressed that such decisions boil down to how much a human life is worth. “Let’s be honest and tell people it’s a tradeoff,” he said of the economic and human toll.

Stocks also saw a modest boost from a rebound in oil prices, which advanced 20% Tuesday for the U.S. benchmark West Texas Intermediate crude for June delivery US:CL US:CLM20, as debt-laden producers began to cut output amid a supply glut and demand starts to percolate again.

Jaffee pointed out that Marathon Petroleum Corp. US:MPC said gas stations saw demand for car fuel bottoming on April 6, but that demand since has steadily improved week over week, during its earnings call Tuesday.

Meanwhile, the Wall Street Journal reported that researchers at New York University and the University of Maryland School of Medicine said Tuesday they began injecting people with the first of four vaccine candidates from Pfizer Inc. US:PFE and Germany’s BioNTech US:BNTX.

The tests are the most recent efforts in the search for a cure for the disease that has infected more than 3.6 million globally and claimed more than a quarter of a million lives since emerging in Wuhan, China, in December, according to data compiled by Johns Hopkins University.

“It seems like every day another company is coming out with clinical testing on a potential vaccine,” Engelke said.

After the close Tuesday, Walt Disney & Co. US:DIS said earnings fell more than 90% as the pandemic wiped out $1 billion in theme-park sales.

Shares of Electronic Arts Inc. US:EA fell even though it reported sales that topped expectations. Alternative-protein maker Beyond Meat Inc. US:BYND saw its shares pop 7% in extended trade, after the company swung to profitability in the first quarter, as the U.S. meat supply-chain gets hammered by workers sickened by the viral outbreak and a decline in purchases from restaurants and big buyers.

On the economic front, trade data showed the U.S. deficit soaring 12% as the coronavirus epidemic dealt a severe blow to American exporters. Survey data on the services sector from the Institute for Supply Management showed it crashing to recession levels in April, though the reading of 41.8% was better than the consensus forecast.

St. Louis Federal Reserve President James Bullard warned on Tuesday that the unemployment rate could now be a little above 20% and said benchmark rates will likely stay near zero for “years” not “months.”

Chicago Fed President Charles Evans also said it’s safe to assume some economic growth could resume in the second quarter, but to also brace for more pessimistic outcomes, while speaking on a call with reporters.

Which other stocks were in focus?

MarketWatch’s PetroCurrency Index XX:MWPC, which measures the U.S. dollar against a basket of currencies weighted according to their share of global oil output as compiled by the U.S. Energy Information Administration, was down 0.5% at 235.31.

The U.S. dollar was up 0.3% against a basket of a half-dozen currencies as gauged by the ICE U.S. Dollar Index US:DXY.

The yield on the 10-year U.S. Treasury note BX:TMUBMUSD10Y rose 2 basis points to 0.656%, as markets weighed the U.S. Treasury’s plans to borrow a record $3 trillion in the second quarter.

In Asia overnight, stocks closed mostly lower, as the Hang Seng Index HK:HSI rose 1.2%, recovering a portion of its more than 4% drop from Monday. Markets in Japan, Korea and China were closed for holidays.

The stock market may get cut in half, but this ‘most undervalued’ asset is about to surge, billionaire investor says