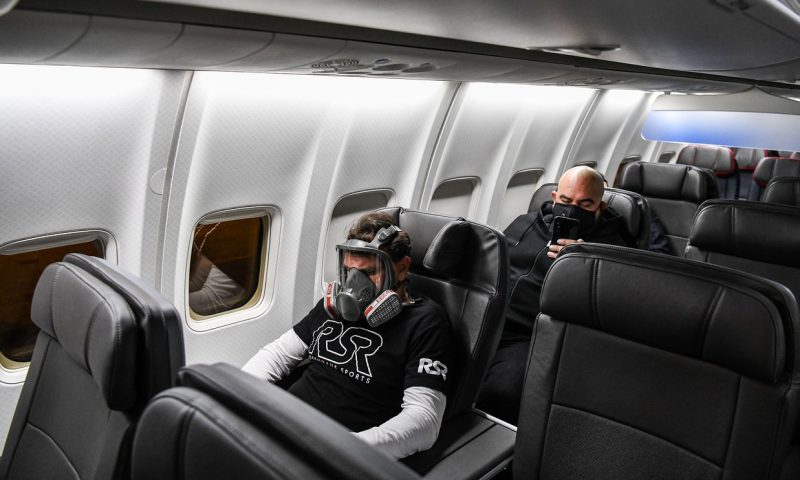 Shares of airlines dropped Monday, after Warren Buffett said he sold off his large stakes in four air carriers for a lot less than he paid for them, and after Air Canada gave a downbeat assessment of the overall industry amid the coronavirus pandemic.

That overshadowed upbeat comments from Southwest Airlines Co.’s Chief Executive Gary Kelly, who said he believed the worst had passed.

“We expect that both the overall industry and our airline will be considerably smaller for some time, which will unfortunately result in significant reductions in both fleet and employee levels.”

As of the end of the 2019, Buffett’s Berkshire Hathaway Inc. US:BRK US:BRK was the largest shareholder in Delta with over 9% of the shares outstanding, and was the second-largest shareholder of American, Southwest and United. Buffett said over the weekend that the coronavirus pandemic made him realize he was “wrong” about the airline business, as the sold the stocks at “far lower prices” than he paid for them.

“It’s a very, very, very difficult business,” Buffett said. “The future is much less clear to me.”

Buffett’s assessment comes after some airlines reported large first-quarter losses, and detailed the number of shares they were obligated to offer the U.S. government for accepting financial assistance through the Coronavirus Aid, Relief, and Economic Security (CARES) Act.

In an attempt to assuage investor concerns, Southwest Chief Executive Gary Kelly said on Sunday that he thinks the worst was past for his company.

“I think we’ve seen the bottom here in April,” Kelly said, in an interview on CBS News’ “Face the Nation.” Each week after the first week of April has gotten successively better.”

Air Canada CA:AC US:ACDVF reported Monday that it swung to a net C$1.05 billion loss ($743.7 million) in the first quarter as revenue declined 16%. The company said it cut second-quarter capacity by 85% to 90% from the year-ago period, and expects to cut third-quarter capacity by 75%, as the coronavirus pandemic has “materially” impacted both customer demand and raised liquidity concerns over the short and medium term.

“[W]hile the duration of the pandemic and its fallout remain unknown, it is our current expectation that it will take at least three years to recover to 2019 levels of revenue and capacity,” said Chief Executive Calin Rovinescu. “We expect that both the overall industry and our airline will be considerably smaller for some time, which will unfortunately result in significant reductions in both fleet and employee levels.”

Gold ends higher for a 2nd session in a row on economic weakness and signs of U.S.-China tensions