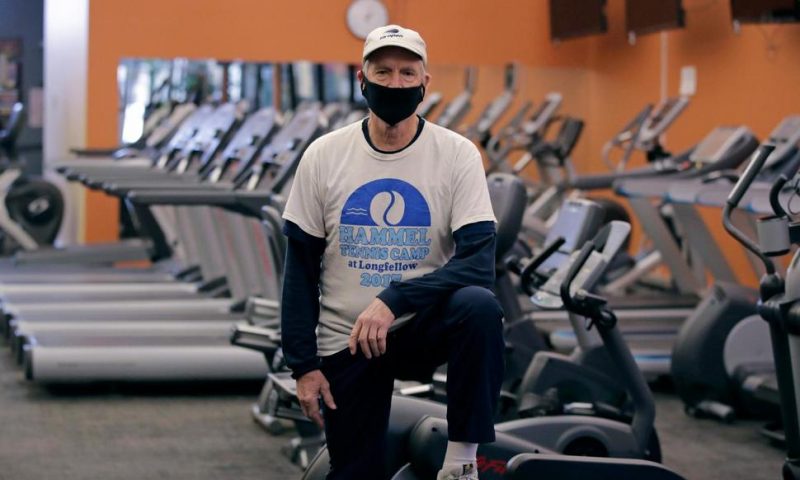 Some small businesses that obtained a highly-coveted government loan say they won’t be able to use it to bring all their laid-off workers back, even though that is exactly what the program was designed to do.

WASHINGTON — Some small businesses that obtained a highly-coveted government loan say they won’t be able to use it to bring all their laid-off workers back, even though that is what the program was designed to do.

The Paycheck Protection Program promises a business owner loan forgiveness if they retain or rehire all the workers they had in late February. But owners say the equation isn’t so simple, in part because of current economic conditions and partly due to the terms of the loans.

As a result, the lending may not reduce unemployment as much as the Trump administration and Congress hope.

The government’s $2 trillion relief package included $349 billion for the small business loan program, which was besieged with applications and ran out of money Thursday. Congress and the White House reached a deal Tuesday that would provide another $310 billion.

To get the loans forgiven, companies need to spend 75% on payroll within eight weeks of receiving the money. The other 25% can be spent on rent, utilities, and mortgage payments. Otherwise, the loan has generous terms: Only a 1% interest rate and six months before any principal is due.

Many of the small companies that were able to obtain a loan are having second thoughts about rehiring all their workers and a few plan to return the money. Others will use what they can on rent and utilities, and will use some to rehire a portion of their laid-off staff. But most are unsure they will be able to reopen eight weeks from now. They see little point in rehiring all their workers, paying them to do little or nothing, and then potentially laying them off again if business remains weak two months from now.

“You’re turning the business into a pass through for the federal government,” said Joe Walsh, who owns Clean Green Maine, a cleaning service in Portland, Maine with 35 employees. “You’re doing very little to actually help the business.”

It’s unclear how much the small business lending program can hold back the surge in joblessness — a record 22 million people sought unemployment aid in the past month. Most economists forecast the unemployment rate will reach between 15% and 20% when the monthly jobs report is released in early May.

More money is clearly needed: Roughly 1.6 million small companies were able to obtain loans, the Small Business Administration said, out of at least 6 million that were likely eligible, according to Census data. Bank of America economists estimate that another $650 billion would be necessary to meet demand.

Also, the generous unemployment aid that was also included in the government’s relief package has made it more difficult to rehire. Many workers are making more with unemployment checks, which now include a $600 weekly benefit from the federal government.

Walsh, who received a $280,000 loan from the SBA, said that he is reluctant to push his employees to return to work because, under unemployment benefit rules, they could lose their weekly checks if they turn down potential jobs.

“That’s just putting me as the employer in a really difficult position,” Walsh said. He pays at least $17 an hour, with benefits, but his former employees are getting the equivalent of roughly $25 an hour from unemployment.

Right now, Walsh’s business is closed due to lack of demand for cleaning services. He hopes to reopen soon and bring back some workers, retrain them on new sanitizing processes, and earn a bit of revenue. Still, he doubts his business will be anywhere close to what it was anytime soon, which means his workforce won’t be either.

The National Federation for Independent Business, a small business advocacy group, is pushing the government to make it easier for loans to be forgiven.

The group wants the SBA to eliminate the requirement that 75% be spent on payroll, or at least reduce it to 50%. It also wants the rehiring window extended beyond eight weeks and is pushing for a “good faith” provision that would credit companies for trying to rehire workers who prefer unemployment aid instead.

The NFIB also asked that half the next round of funding be reserved for businesses with fewer than 20 employees, to counter complaints that many large, publicly-traded companies obtained loans in the first round. The agreement reached late Tuesday did not make that change but directed some funds to smaller banks.

According to a survey of its members, the NFIB said that just half of those who have applied for loans expect that they will rehire all their workers and get the entire amount forgiven. A quarter expect that at least three-quarters of the loan will be forgiven, while 15% didn’t know.

Adam Rammel received a $160,000 loan for his restaurant and bar in Bellefontaine, Ohio, near Columbus, though he’s uncertain about how many of his 17 laid-off staffers he will be able to rehire and when. Even when Ohio ends its restaurant shutdown, Rammel expects to face restrictions on how many people his place, Brewfontaine, can have on the premises.

“We have a small restaurant — we usually pack 90 to 100 in and they’re on top of each other. If everyone has to be six feet apart, with 40 or 45 (customers) we can’t pay the bills,” Rammel said. He expects to bring his employees back slowly.

Accounting firm Isdaner & Co., based near Philadelphia, said in a client note that “some employers will decide not to sign their loan agreement because their business is essentially closed and choose not to pay their employees for not working.”

Laury Hammel owns six gyms in Massachusetts, New Hampshire and Salt Lake City and employs about 480 workers. He doubts he will be able to reopen his Massachusetts locations within eight weeks, so rehiring workers now would simply force him to lay them all off again. And he’d be left with no money to pay them when he eventually does re-open.

Hammel is using some of the loan he received to pay for his former workers’ health care coverage, which can be forgiven. If he doesn’t use 75% on rehiring his employees, he may accept the rest as a loan. His bank doesn’t want to carry the loan, however, so he may try and return the money.

“The process leaves (small businesses) cash-poor at the time when they have to re-open,” Hammel said. “Me having the money and paying people to not come to work doesn’t help my business one iota.”

Asian markets pull back as crude prices continue to fall

Delta’s 1st Quarterly Loss in 5+ Years; Worse Is on the Way