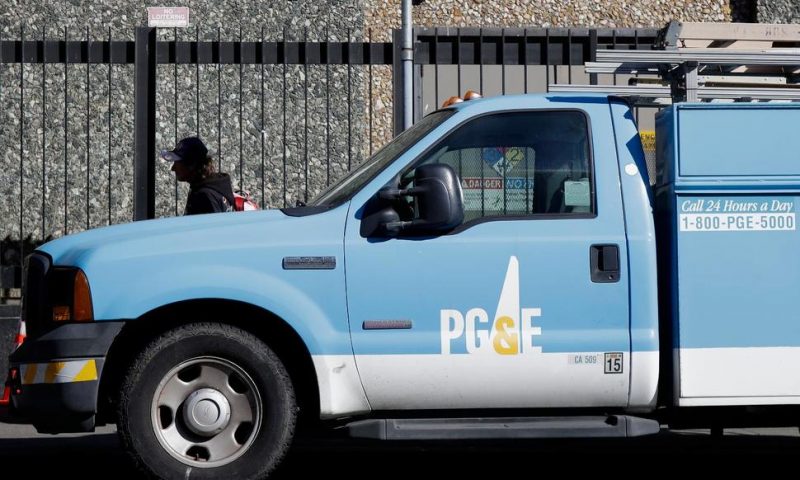 California regulators are being advised to approve Pacific Gas & Electric’s plan for getting out of bankruptcy with a set of new controls.

BERKELEY, Calif. — California regulators are being advised to approve Pacific Gas & Electric’s plan to emerge from bankruptcy with new controls designed to prevent a recurrence of the utility’s past bad behavior that has resulted in deadly wildfires, infuriating blackouts and high electricity rates.

If approved, a proposed decision issued Monday by Administrative Law Judge Peter Allen will enable PG&E to clear another key hurdle in its frantic race to end one of the most complex bankruptcy cases in U.S. history by June 30 or risk losing billions in state funding. The California Public Utilities Commission, the company’s chief regulator, will vote on the recommendations in the 117-page report May 21.

Although it said it was still reviewing some of the finer points of Allen’s decision, PG&E called it a “positive step.”

PG&E also still needs the approval of U.S. Bankruptcy Judge Dennis Montali, who is overseeing the business since it sought bankruptcy protection because of $30 billion in claimed losses from catastrophic Northern California wildfires ignited by its decaying electrical grid in 2017 and 2018.

More than 82,000 wildfire victims are currently voting on a plan to create a $13.5 billion fund for those who lost family, homes and businesses. The voting is due to be completed May 15. A bankruptcy court hearing on whether to confirm PG&E’s plan is scheduled May 27, the day after the company is supposed to plead guilty to 84 counts of involuntary manslaughter in the 2018 wildfire that wiped out the town of Paradise.

PG&E needs to exit bankruptcy by June 30 to qualify for coverage from a wildfire insurance fund the state created last summer. Without that coverage, the utility’s plan won’t be financially viable.

Critics already worry that PG&E is taking on a crippling amount of debt. But Allen signed off on a plan that foresees the company saddled with more than $35 billion in debt, including nearly $12 billion in short-term loans.

Despite recommending approval of PG&E’s plan with a few adjustments, Allen also lashed out at the company for its “dismal to abysmal” safety record and lack of accountability for its past misconduct.

“PG&E seems reluctant to take ownership of its own safety history and acknowledge its failings,” Allen wrote.

Among other things, Allen’s decision recommends forcing PG&E to create new regional operations with separate executives in an effort to make the utility more responsive to customers needs across a service territory larger than most states.

The decision also recommends forcing the company to overhaul its board of directors but it won’t require PG&E to replace its entire 14-member board, including CEO Bill Johnson, as Batjer and Gov. Gavin Newsom wanted. PG&E has said it intends to replace several board members, without specifying a number.

The decision would also authorize an independent safety monitor to serve as watchdog over PG&E’s conduct and deliver regular reports to state regulators. PG&E had already agreed it should break itself down into regional units, but was hoping to wait until next year. Allen’s decision dictates that PG&E start the process by June 30.

Allen’s decision also defines a list of “triggering events” that would indicate PG&E was operating in a reckless or negligent manner, opening the door for company management to be handed over to an executive picked by the state. In a worst-case scenario, this chain of events would culminate in the utility being placed into a receivership and sold, with the state and local governments given a chance to bid.