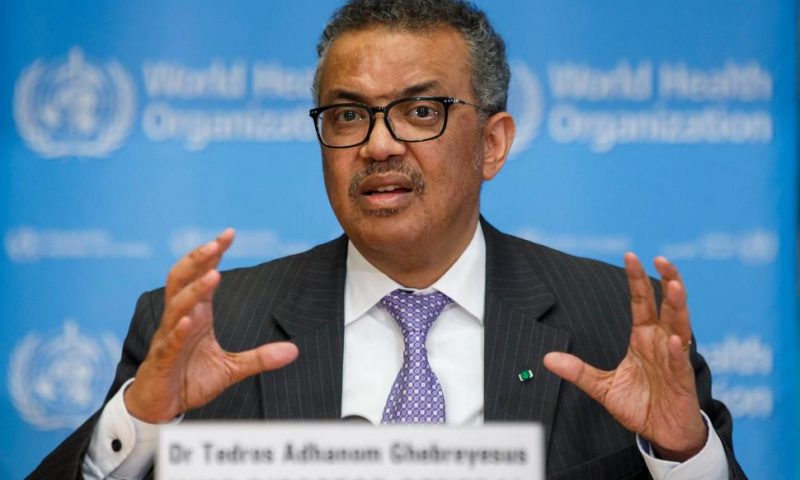 The comments come after President Trump said he wanted the U.S. “opened up and just raring to go by Easter.”

THERE COULD BE A resurgence of coronavirus cases if schools and businesses reopen too quickly, World Health Organization Director General Tedros Adhanom Ghebreyesus said on Wednesday.

He said many countries have put into place “lockdown” measures to try to slow the spread of the virus.

“We understand that these countries are now trying to assess when and how they will be able to ease these measures,” Tedros said at a press briefing. “The answer depends on what countries do while these population-wide measures are in place.”

Expanding health care systems, ramping up testing, identifying every case and refocusing the government on suppressing and controlling the spread of the virus are a few actions WHO recommended to countries.

“The last thing any country needs is to open schools and businesses, only to be forced to close them again because of a resurgence,” Tedros said at a press briefing.

The comments come after President Donald Trump on Tuesday said he wanted the U.S. “opened up and just raring to go by Easter,” a timeline he said was his idea, not that of medical experts.

At least eighteen states in the U.S. have issued stay-at-home orders and the Trump administration has recommended federal guidelines that include limiting gatherings to 10 or fewer people.

Trump has expressed concerns about getting the economy back on track, saying more people will “probably” die from reasons associated with the loss of jobs and businesses, like suicides, than the virus itself.

But Tedros only had positive feedback for Trump, saying he is doing “all he can.”

“The president’s commitment, you have already seen it,” Tedros said, noting he has talked to the president.

“I believe that that kind of political commitment and political leadership can bring change or can stop this pandemic,” Tedros said.

However, Tedros warned that the world wasted its first opportunity to control the pandemic, and that the time to act was actually one-to-two months ago.

“I think we squandered the first window of opportunity, but we’re saying today … that this is a second opportunity, which we should not squander, and do everything to suppress and control this virus,” he said.