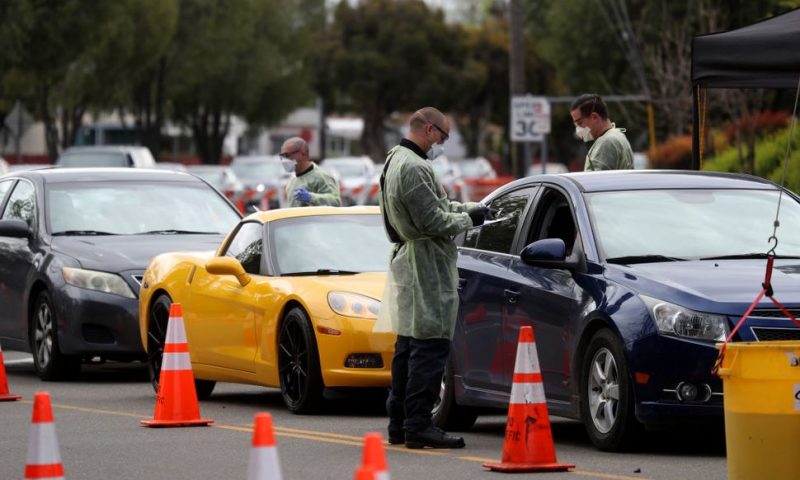 A WORLD HEALTH Organization official on Tuesday said that the U.S. could become the next epicenter of the coronavirus.

“We are now seeing a very large acceleration in cases in the U.S.,” WHO spokeswoman Margaret Harris told reporters, according to Reuters.

She said the U.S. has the “potential” to overtake Europe as the new epicenter of the virus.

“We cannot say that is the case yet, but it does have that potential,” Harris said.

WHO earlier this month said the epicenter of the virus had shifted from China to Europe. Italy last week surpassed China as the country with the most recorded deaths from the virus, reporting its highest total of new deaths on Saturday with 793 fatalities.

The U.S. hit a grim milestone on Monday, with the death toll rising by more than 100 in the span of a single day. Health officials report more than 50,000 cases in the country and 600 total deaths, according to Johns Hopkins University.

Despite large increases in cases and deaths, President Donald Trump on Tuesday said he is eyeing Easter Sunday to get the country “opened up and just raring to go.”

The president’s message is starkly different from that of New York Gov. Andrew Cuomo on Tuesday. Cuomo said he expects to see a peak in the virus in 14-21 days, a timeline that includes Easter.

WHO officials warned Monday that the virus is accelerating.