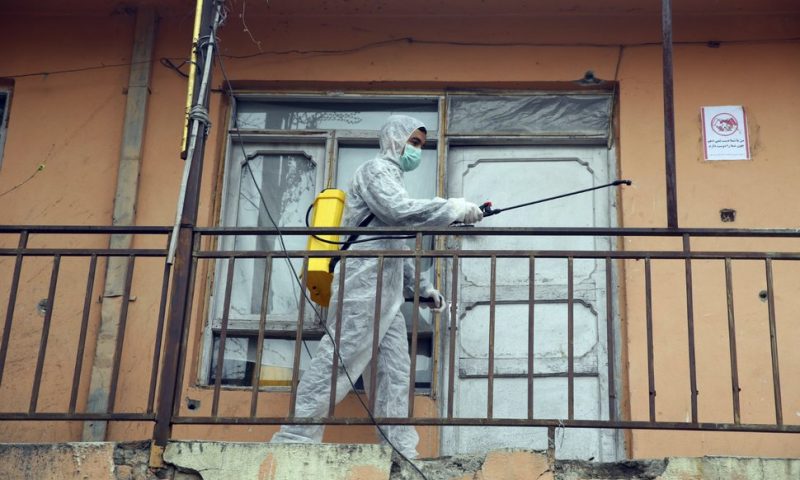 The troops have been moved into a separate quarantine while 1,500 other defense personnel undergo new screening for the virus.

FOUR COALITION TROOPS recently arrived in Afghanistan have been confirmed to have the coronavirus, the U.S. headquarters overseeing operations there said Tuesday.[

The four service members – whose identities and nationalities were not revealed – were among those who recently arrived in Afghanistan and were placed in a separate screening facility set up last week to monitor newcomers for cases of the virus, which causes a disease known as COVID-19.

Another 38 service members as of Tuesday had experienced flu-like symptoms and have been isolated, according to a release from Resolute Support Mission, the official name of the U.S. operation there.

Approximately 1,500 troops, contractors and civilians are currently in the quarantine facility. Most are newly arriving or returning from foreign trips, the headquarters said. The four who tested positive for the virus will move into a separate quarantine, and those with whom they came in contact with since arriving in Afghanistan will undergo further screening.

“Resolute Support is implementing every available control measure to prevent the spread of the virus,” according to the statement.

U.S. commanders acknowledged last week the new quarantine measures may interfere with plans to withdraw U.S. forces in Afghanistan down to 8,600 per the terms of a peace deal with the Taliban signed earlier this year.

As of February there were more than 16,500 allied forces in Afghanistan helping train and support local soldiers and police, including 8,000 U.S. troops. That number is separate from the counter-terrorism mission in Afghanistan known as Operation Freedom’s Sentinel, to which the U.S. contributes more than 8,000 forces.