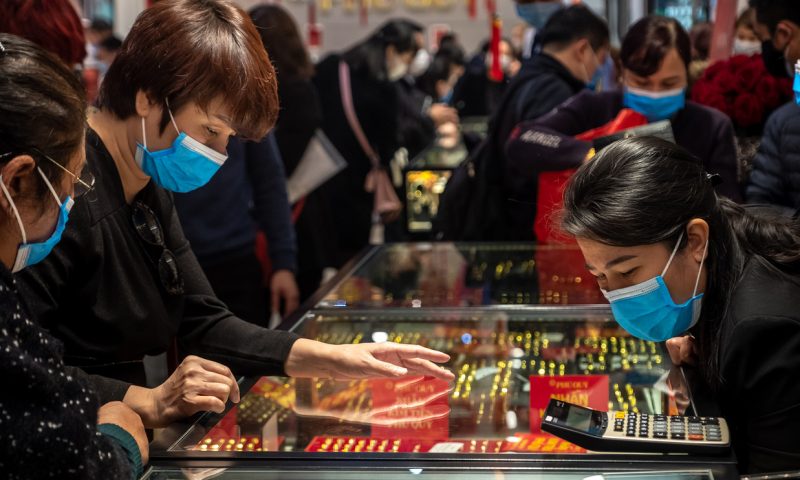 Gold is often seen as a safer bet for investors and Thursday’s plunge in prices, as global stock markets drop, shows that investors have taken refuge in what the precious metal has to offer: cash.

“If gold’s being sold to raise cash in an emergency, which is what appears to be happening now, then it is doing its job as a safe haven,” said Brien Lundin, editor of Gold Newsletter.

“No investment is safe” for traders or investors at this time, said Chintan Karnani, chief market analyst at Insignia Consultants, in a market update. Retail traders have booked investment losses in February and so far in March, and gold has seen two big selloffs in the past couple of weeks, he said.

The losses for gold come as a drop in the U.S. stock market triggered circuit breakers that temporarily halted trading for the second time this week. The S&P 500 SPX, +9.28% and Nasdaq Composite COMP, +9.34% were poised to join the Dow Jones Industrial Average DJIA, +9.36% in ending an 11-year long bull market.

On Thursday, gold “officially outperformed the S&P 500 over a five-year horizon,” said Ryan Giannotto, director of research at GraniteShares, which offers the GraniteShares Gold Trust BAR, -2.88%.

“The market is simply in turmoil right now,” he told MarketWatch during Thursday’s trading session. “Even with today’s losses, it should not be overlooked that gold is up $40 [an ounce] year-to-date versus the 22% year-to-date loss in equities.”

‘The market is simply in turmoil right now.’

Gold futures ended 2019 at around $1,523 an ounce, up nearly 19% for the year—marking the strongest yearly performance for the yellow metal since 2010.

“Investors are so fearful, they’d rather hold onto cash,” said Adam Koos, president of Libertas Wealth Management Group. “As the saying goes, ‘Cash is King’—that is unless interest rates fall below zero in the coming months, which at this juncture, I wouldn’t take off the table here in the U.S.”

“Gold really shines in the aftermath of a liquidity event like this, when the central bank remedial efforts significantly loosen monetary policy and expand the money supply,” said Lundin. “We saw very similar market reactions during the 2008 crisis, and gold outperformed in the months after the initial turmoil.”

For now, “this is a time when we need to just hunker down and weather the storm, while keeping an eye on the longer-term implications,” he said.