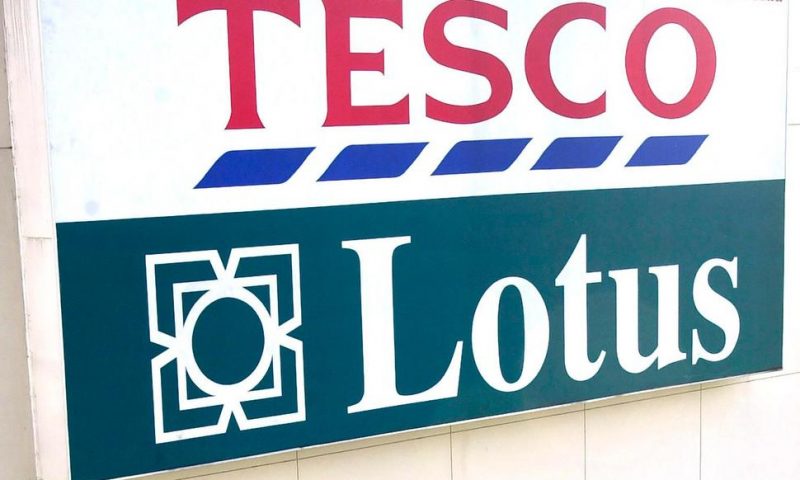 British supermarket chain Tesco says it has agreed to a $10.6 billion deal to sell all its stores in Thailand and Malaysia to companies belonging to the CP Group, Thailand’s biggest conglomerate.

BANGKOK — BRITISH supermarket chain Tesco has agreed to a $10.6 billion deal to sell all its stores in Thailand and Malaysia to companies belonging to the CP Group, Thailand’s biggest conglomerate.

CP is controlled by the Chearavanont family, which Forbes magazine lists as Thailand’s richest outside of the country’s royal family.

Tesco’s announcement Monday of the sale said it was conditional on the approval of its shareholders and regulatory agencies, and is expected to be completed in the second half of 2020.

“This sale releases material value and allows us to further simplify and focus the business, as well as to return significant value to shareholders,” Dave Lewis, Tesco’s chief executive, said in a statement.

The CP Group — formally called the Charoen Pokphand Group — is one of the world’s largest conglomerates. It describes itself as having holdings in agribusiness and food, retail and distribution, media and telecommunications, e-commerce, property development, automotive and industrial products, pharmaceuticals, and finance and investment.

The group’s website says it has investments in 21 countries and territories, the most notable of which is China.

Its most visible businesses in Thailand are the 7-Eleven convenience stores it operates all over the country, and the True telecommunications group, which includes a mobile service provider.

The CP Group’s senior chairman, Dhanin Chearavanont, said in a Sunday interview with the Thai online magazine The Standard that he was looking forward to buying and improving Thailand’s Tesco Lotus retail stores. The group had controlled the stores before but had to sell due to pressure brought on by the 1997 Asian financial crisis.

“We believe that we can do this -– improve it to be a lot better than before. Not just a little but a lot,” Dhanin said. “It will also be a place to distribute CP’s fresh goods which will help distribute good and affordable products all across Thailand faster and in higher quantities.”

He denied that buying the Tesco assets would give the group a monopoly on food sales in Thailand, telling The Standard that the group’s holdings in the sector serve different markets.

“Makro is a wholesale distributor that sells to local shops and restaurants. Tesco Lotus is a retail store. 7-Eleven is a convenience store,” he said.

Tesco said that once the sale is completed, about $6.6 billion would go to shareholders though a special dividend.

It said the core Tesco holding would be strengthened by reducing indebtedness through a $3.3 billion pension contribution that, along with other measures, “is expected to eliminate the current funding deficit and significantly reduce the prospect of having to make further pension deficit contributions in the future.”

The Top Buying Opportunities Amid An Immense Sell-Off