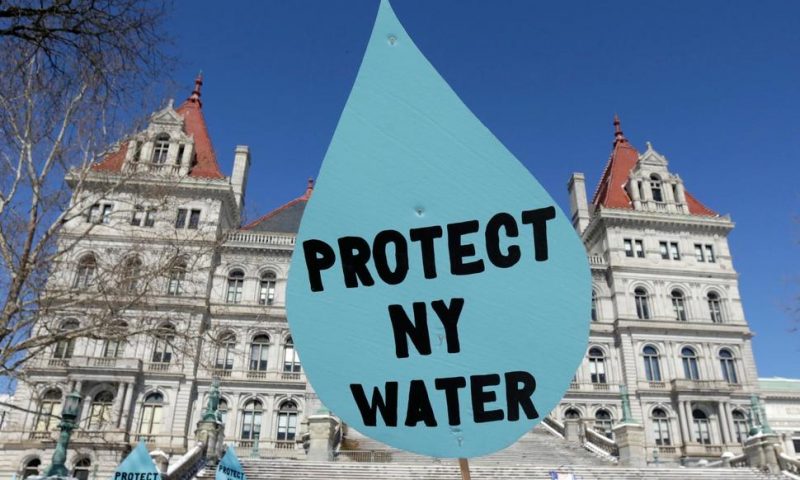 A nearly $1 billion pipeline project that had been designed to take natural gas from Pennsylvania to New York and New England has been abandoned.

ALBANY, N.Y. — The nearly $1 billion Constitution Pipeline project, which had been designed to take natural gas from Pennsylvania’s shale gas fields to metropolitan New York and New England, has been abandoned after years of legal regulatory challenges made it economically unfeasible, a spokeswoman for project partner Duke Energy said Monday.

“Although Constitution did receive positive outcomes in recent court proceedings and permit applications, the economics associated with this greenfield project have since changed in such a way that they no longer justify investment,” Duke spokeswoman Tammie McGee said by email.

Duke is one of four project partners. The principal partner is The Williams Cos., based in Tulsa, Oklahoma. Others are Houston-based Cabot Oil and Gas and Calgary, Alberta-based Alta Gas.

Williams, which has a 41% stake, said in its annual report last week that the Constitution project would suffer a 2019 loss of $354 million.

Since it was proposed in 2013 at a projected cost under $700 million, delays and legal challenges have driven the costs up by nearly 40%. After the project won Federal Energy Regulatory Commission approval in 2014, New York regulators refused to issue critical water quality permits, citing concerns about danger to wetlands and stream crossings.

“This pipeline would have carried fracked natural gas across 251 water bodies, including 89 trout spawning streams, and through many unique and sensitive ecological areas such as old-growth forest and undisturbed springs, which provide vital habitat and are key to local ecosystems,” Richard Webster, director of legal programs for the environmental group Riverkeeper, said in a statement. Riverkeeper and other environmental groups have fought the project in courts.

“Constitution’s investors just confirmed what we have been saying for the past eight years — there is no need for this project,” said Anne Marie Garti, an environmental attorney and founding member of Stop the Pipeline. Landowners will now seek to reverse the eminent domain that the regulatory commission had imposed to take property for the pipeline, Garti said.

“At this critical moment for our climate, we cannot afford unnecessary fossil fuel projects that will lead to more fracking and exacerbate our climate crisis,” Earthjustice lawyer Moneen Nasmith said in a written statement.

The Williams Cos. said in a statement that its existing pipeline network and planned expansions offer a much better investment return than new projects like Constitution that are impacted by an uncertain regulatory framework.

“Natural gas remains a critical part of our country’s clean energy future, and Williams is well-positioned to take advantage of the growing demand for natural gas as a reliable, low cost and clean alternative for power generation fuel, heating oil and diesel,” the pipeline giant said.

US staged ‘limited’ nuclear battle against Russia in war game