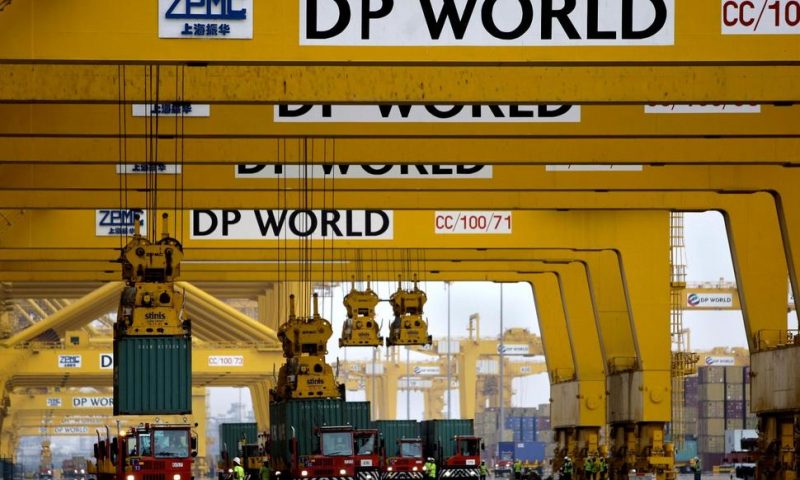 Port operator DP World says it will delist from the Nasdaq Dubai stock exchange, returning the company to full state-ownership in a move that will help the Dubai government’s investment company repay more than $5 billion to banks.

DUBAI, United Arab Emirates — Port operator DP World said Monday it will delist from the Nasdaq Dubai stock exchange, returning the company to full state-ownership in a move that will help the Dubai government’s investment company repay more than $5 billion to banks.

DP World, the world’s fourth-largest port operator, runs operations across the world from as far east as Brisbane, Australia, to as far west as Prince Rupert, Canada. DP World also has expanded aggressively into East Africa, where the Emirati government has begun building military bases.

Port and Free Zone World, which already owns 80.45% of DP World, will acquire the remaining 19.55% of shares listed on Nasdaq Dubai, a stock filing by the company said. The deal is estimated at approximately $2.7 billion.

Port and Free Zone World, which will fully own DP World, is a wholly-owned subsidiary of Dubai World, a government investment company.

As part of the deal, DP World’s parent company will pay Dubai World $5.15 billion to assist it in repaying its outstanding obligations to banks. This way, DP World can implement its business strategy without any restrictions from Dubai World’s creditors, the filing said.

DP World said it will be acquired for $16.75 per share, a nearly 29% premium on its closing price Sunday of $13 a share. The move sent the company’s stock price soaring 10% in trading on Monday.

The stock filing said that as part of the deal, DP World will borrow an additional $8.1 billion in addition to its current debt.

The company said in a press release that the disadvantages of maintaining a public listing outweigh the benefits, and that delisting from Nasdaq Dubai “is in the best interest of the company.”

In August, DP World reported strong financials for the first half of 2019, with revenue and profits up. The company’s full-year profits in 2018 reached $1.29 billion.

Europe’s Busiest Airport Hit by a Second Day of Disruptions