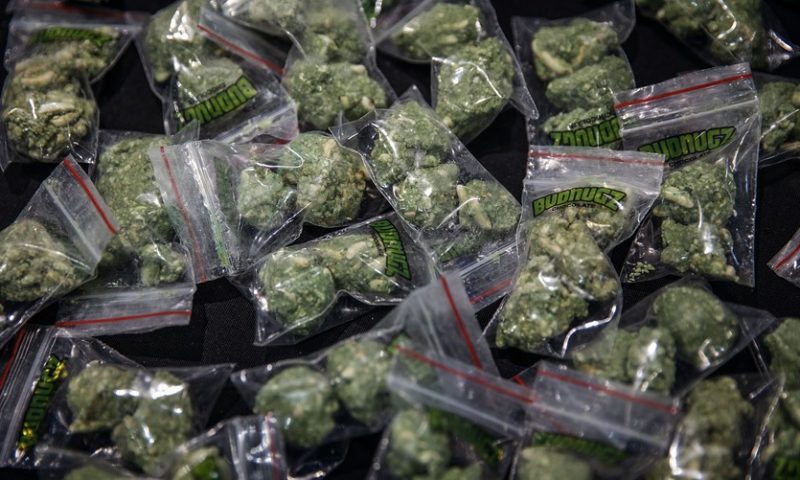 Report is a ‘beacon of hope’ for the beaten-down sector, says MKM analyst Bill Kirk

The report is a “beacon of hope” for the sector, said MKM analyst Bill Kirk.

Canopy shares CGC, +13.37% WEED, +15.84% rocketed 18% in morning trading, putting them on track for their biggest gain in 18 months, after the company posted a narrower-than-expected fiscal third-quarter loss and revenue that rose above forecasts, amid strength in business-to-consumer sales. The company reported a net loss of C$124.2 million ($93.8 million), or 35 cents a share, after net income of C$74.9 million, or a loss of 38 cents on a per-share basis. That beat the FactSet consensus for a loss of 52 cents a share.

“We had expected only small improvements from the prior quarter, but Canopy is showing a meaningful progression,” Kirk wrote in a note to clients.

Still, the company’s path to profitability remains unclear and Kirk is waiting for the earnings call for details on Cannabis 2.0, the second phase of Canadian legalization that allows derivatives, including edibles and beverages.

“We doubt early 2.0 sales will be a significant contributor given the lack of activity observed at production facilities two weeks before 2.0 legalization,” he wrote. “We continue to rate WEED shares neutral.”

On the company’s earnings call with analysts, new Chief Executive David Klein said he has started a full review of the company’s footprint to help define a path to profitability. The executive, who came to Canopy from its biggest shareholder Constellation Brands Inc. STZ, +1.31% , said the company will take the first steps to right-size the business in the next 90 days.

“[W]e need to align our resources and investments with the size and growth rate of the market as it exists today,” Klein said, according to a FactSet transcript.

Aurora Cannabis shares ACB, +7.48% ACB, +5.10% rose 5%, a day after the company reported a more than C$1 billion quarterly loss. That news was widely expected, however, after Aurora unveiled a major overhaul of its management and operations last week. The company’s new interim Chief Executive Michael Singer is now tasked with turning the company around, instilling a culture of discipline and driving it to profitability, said Ladenburg Thalmann analyst Glenn Matson.

“We continue to view the near-term revenue challenge as an industry problem that will correct itself in the next few quarters,” Matson wrote in a note. The analyst continues to rate the stock a buy, although he lowered his price target to $3 from $4.

“Now that Aurora has right sized its business, we think concerns about the solvency of the company should subside. While it may take the remainder of F20 (June) for investors to regain confidence in the company, we expect that this will occur over time,” he wrote.

CannTrust Holdings Inc.’s stock CTST, +4.32% TRST, +1.40% rose 8%, after it said it plans to submit documents to regulators that detail how it has fixed the issues at its Niagara, Ontario facility and in support of the reinstatement of its license there. The company said that it plans to finish efforts to fix a second site at Vaughan, Ontario in the second quarter of 2020. CannTrust was growing pot illegally at the Niagara facility, and the Vaughan facility was not compliant with standards, regulators have alleged.

“The current regulatory environment in key large U.S. “restricted” states (in terms of limited licenses granted) provides a unique opportunity for U.S. MSOs to build out assets with a limited pool of competitors and be in a position of strength (scale, financial) when full legalization comes,” analyst Pablo Zuanic wrote in a note to clients. “The boom and bust seen in Canadian stocks has, unwarrantedly, dragged down U.S. MSOs also and masked strong underlying growth trends.”

Trulieve has “best-in-class financials, 50% share in Florida (one of the fastest-growing med markets in the U.S.), superior execution (it outsells Curaleaf by 5 times in Florida with 1.5 times more stores) and seeks to grow in other states,” the analyst wrote. “On fundamentals, we like both Cresco Labs and Green Thumb (neutral), but think the former offers, for a lower valuation, a more attractive state mix, more depth over breadth (so IL and PA do not get diluted), and higher margins.”