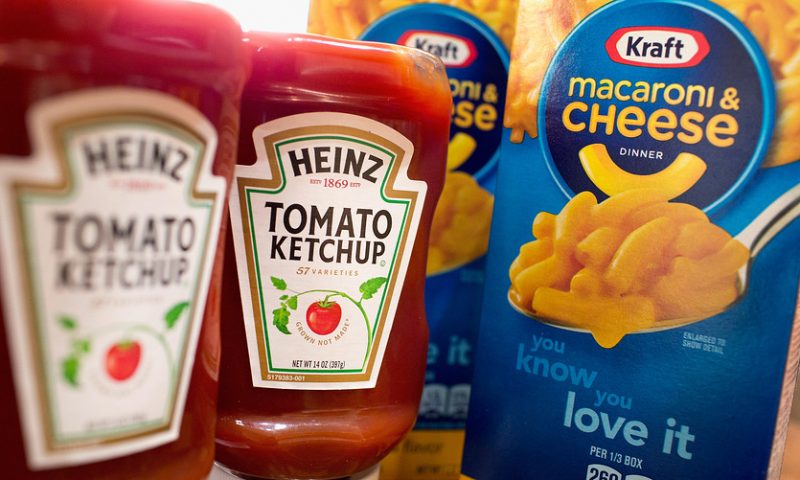 This means a ‘gargantuan’ amount of debt is falling out of the investment-grade bond index: CreditSights

Kraft Heinz Co., the company that makes Kool-Aid and Velveeta, saw its bonds lose their investment-grade status and fall into “junk” territory after two credit ratings firms on Friday downgraded the debt.

The moves by Fitch Ratings and S&P Global Ratings turned Kraft’s debt into a “fallen angel,” a term used by fixed-income investors to refer to a situation in which a company’s debt goes from investment-grade to junk status. Moody’s Investors Service still considers Kraft bonds investment-grade, but has placed the company on negative outlook, a sign that it could also deliver a downgrade.

S&P Global Ratings late Friday cut Kraft’s rating by one notch to BB+ from BBB-, the lowest investment-grade rung. Fitch made the same move earlier in the day.

Kraft’s decision not to cut its dividend on Thursday may have weighed on its perceived creditworthiness, and contrasted with other BBB-rated issuers that have made efforts to reduce debt levels, according to investors.

Asked for comment, a Kraft spokesman said the company believed it was important to shareholders to maintain its dividend during a time of transformation.

“We also remain committed to reducing leverage over time as we reposition the company for sustainable growth and returns,” said Michael Mullen, senior vice president of corporate affairs for Kraft Heinz.

The worry among some investors is that insurers, pension funds and other mutual funds with strict restrictions against owning junk bonds will now be forced to sell the debt, spurring additional losses from the bonds.

On the flip side, a selloff sparked by Kraft’s downgrade into junk could offer buying opportunities, particularly at a time when yields on the BB-rated segment of U.S. junk-bond market stand near 3.5%.

“As we’ve heard about for quite some time now from the Street, there is some risk of fallen angels in the market,” said Brian Kennedy, a co-portfolio manager of Loomis, Sayles & Company’s multisector institutional strategies and mutual funds.

“But as much as these companies may be struggling in the shorter-term, these do supply some investors with significant opportunities,” he said.

More so than other fallen angels, Kraft’s debt could be harder for bond funds with stricter limitations to absorb.

Around $14 billion of the food company’s bonds mature after 10 years, with some extending as far as 30 years, according to BofA Global Research. As many sub-investment grade portfolios lean toward shorter-dated debt, it could be harder for those longer-dated bonds to find a new home.

The company’s bonds have taken a shellacking in the last few days, even after the food and beverage company reported a fourth-quarter profit on Thursday that beat expectations, while sales fell short.

Its most actively traded bonds set to mature in June 2046 traded at yields as low as 5.14% Friday following the second downgrade, nearly a percentage point up from 4.14% on Monday, according to bond trading and pricing platform MarketAxess. Falling bond prices push yields higher.

Analysts at CreditSights said they expect ongoing pressure on the “gargantuan” $29.2 billion pile of Kraft debt that will no longer qualify for inclusion in investment-grade bond indexes, in a Friday note following the second downgrade.

Goldman Sachs equity analysts led by Jason English argued that while Kraft’s management said the company intends to get its leverage ratio back below 4 times, they failed to provide a deadline to achieve that target. By Goldman’s estimate, the target may not be reached until the 2027 fiscal year.

“We believe this is likely to be too gradual for either management or the credit agencies to accept and instead believe management would need to pursue divestments to accelerate this process,” the team wrote in a Thursday client note.

Kraft’s finances have become increasingly strained as it tries to catch up with consumers’ fast-changing tastes. Demand for healthier foods has weighed on appetite for processed products, the mainstay of the food and beverage giant’s product line.

The company also took a more than $15 billion impairment charge for 2018.

US Retail Sales up a Modest 0.3% in January