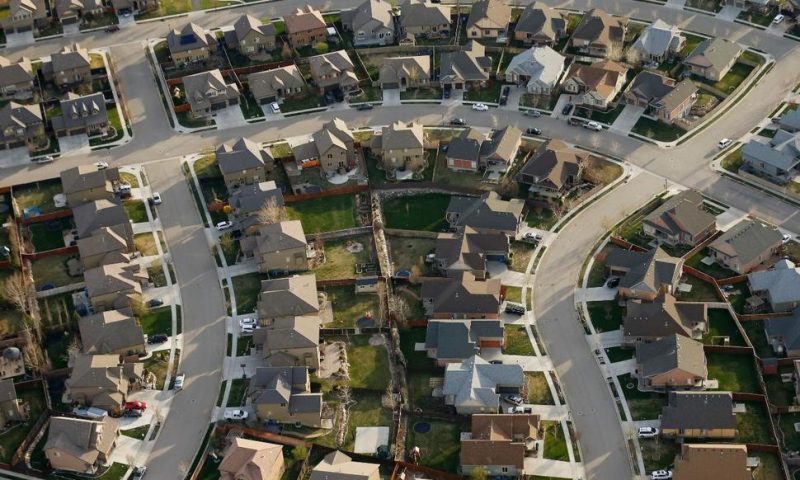 Americans shopping for a home this spring may face more competition than they have in years.

LOS ANGELES — Americans shopping for a home this spring may face more competition than they have in years.

A strong labor market and growing pool of would-be buyers as more millennials enter their 30s is expected to fuel demand for homes at a time when the inventory of properties for sale is at the lowest level in more than a decade.

While buyers will benefit from favorable mortgage rates, which remain near historic lows, the heightened competition and scant supply of homes on the market is expected to push prices higher, stretching the limit of what would-be buyers can afford.

That dynamic is why some economists predict U.S. home sales will be down this year after finishing flat in 2019.

“We expect the inventory constraint to remain the main drag on housing activity in 2020,” said George Ratiu, senior economist at Realtor.com. He is forecastin g s ales of previously owned U.S. homes will drop 1.8% this year.

All told, 5.34 million homes were sold last year, matching sales in 2018, according to the National Association of Realtors. High mortgage rates hurt sales in the first half of the year, while lower rates boosted purchases in the second half.

Mortgage rates have continued to decline this year. The benchmark 30-year, fixed-rate home loan marked its lowest point in three years last week, declining to an average of 3.45%. The key rate stood at 4.41% a year ago.

The lower borrowing costs should entice would-be buyers this spring, but finding a home they can afford will be no small feat.

Home values have increased at more than double the pace of wage growth, making it harder for buyers to save enough money for a down payment. The median U.S. home sale price jumped 7.8% on an annual basis to $274,500 in December. January sales and pricing data are due out next week.

Would-be buyers who overcome the down payment hurdle will likely have to contend with a thin inventory of homes for sale that gives sellers more leverage to demand higher prices.

Home sales listings stood at just 1.4 million properties in December, leaving just 3 months’ supply of single-family houses for sale, the lowest level since the NAR began tracking the number in 1982.

Data from other housing market trackers echo the decline in homes for sale. Zillow’s tally of home listings in December was at the lowest level the company has ever recorded. Realtor.com’s snapshot of housing inventory in January shows the number of homes for sale fell 13.6% last month from a year earlier to its lowest level since the real estate market tracker began gathering the data in 2012.

The impact of fewer homes on the market is being felt more in large markets, such as San Jose, California, and its surrounding areas. The supply of homes for sale there sank more than 37% in January from a year earlier, the biggest drop among the 50 largest U.S. metropolitan areas, according to Realtor.com.

The number of home listings increased last month in only two of the 50 biggest metropolitan areas tracked by Realtor.com: Minneapolis-St. Paul, where inventory jumped 9.4%, and San Antonio, where it climbed 8.4%.

Buyers shopping for homes priced under $200,000 are likely to face the most competition this spring, because that’s the segment of the market where the number of homes available for sale is lowest.

The inventory of homes on the market at or below that price range declined 19% last month, according to Realtor.com. The number of home listings priced between $200,000 and $750,000 fell 12%, while the supply of properties priced above that range dropped 5.9%.

In a report last month, economists at mortgage buyer Fannie Mae said they expected sales of previously occupied U.S. homes to level off in coming months, limited by the low inventory of properties on the market.

A ramp-up in new home construction could help ease the low supply of homes for sale, at least in some markets.

Housing starts jumped 40.8% in December from a year earlier to a seasonally adjusted annual rate of 1.61 million units, the highest level in 13 years. Economists expect the pace of new home construction to accelerate this year as homebuilders seize on the growing demand for homes.

Still, much of new home construction is concentrated outside large metropolitan areas where land development is less expensive. So any increase in inventory from new construction is not going to be uniform across the country, nor is it likely to put more than a small dent in the shortfall of homes for sale.

“We’re about 4 million homes short, based on household formation versus construction,” said Ratiu. “I don’t think that builders are going to be able to fill that gap in one year.”

Kraft Heinz sees a 5.1% decline in net sales in the fourth quarter