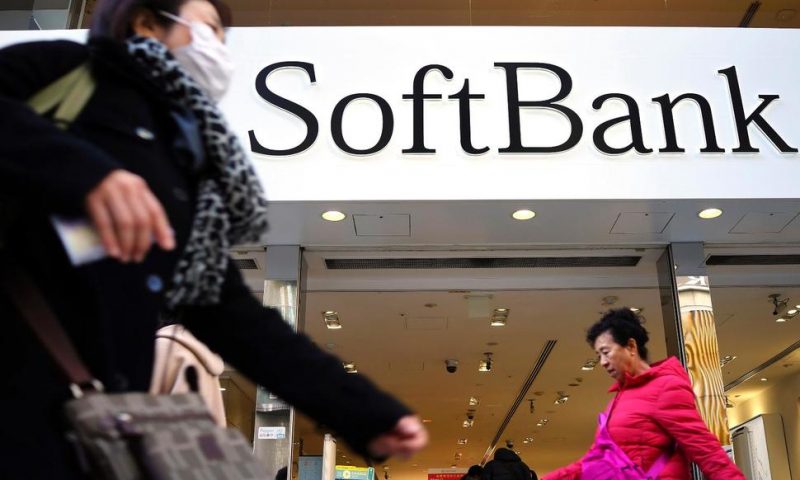 Japanese technology conglomerate SoftBank Group Corp. says its profit for the last quarter dropped amid worries about the perceived risk of its investments into companies like WeWork.

TOKYO — Japanese technology conglomerate SoftBank Group Corp. said its profit for the last quarter dropped amid worries about the perceived risk of its investments into companies like WeWork.

Tokyo-based SoftBank said Wednesday its profit for the October-December quarter stood at 55 billion yen ($500 million), down to less than a tenth of the 698 billion it earned over the three months in 2018.

In a bit of good news, a U.S. judge in New York on Tuesday rejected a challenge by a group of states to T-Mobile’s $26.5 billion takeover of Sprint. SoftBank owns Sprint.

The deal has been two years in the making, and the latest development appears to clear nearly all the hurdles. The agreement already has U.S. regulatory approval and the go-ahead from public utility commissions. T-Mobile now expects to close the deal as early as April 1.

SoftBank, which includes in its group a successful Japanese mobile carrier, reported quarterly sales edged down 3% to 2.44 trillion yen ($22 billion).

Losses at SoftBank’s investment fund called the Vision Fund also hurt results , although such losses have been decreasing.

The reputation of the Vision Fund, which was started mostly with Saudi money, suffered in 2018, after the killing of Saudi journalist Jamal Khashoggi. The fund has been investing in various companies, solar projects and artificial intelligence.

Adding to the company’s challenges has been SoftBank’s bailout of WeWork last year. That invited scrutiny after WeWork, which bills itself as both a technology and real-estate company, canceled an initial public offering.

SoftBank brought in new leadership at WeWork to try to engineer a turnaround. The company says it’s banking on the huge potential of workspace sharing around the world, and has secured enough cash to move forward.

SoftBank has powerful companies under its wing, including Alibaba, a Chinese e-commerce, retail and net conglomerate, Yahoo! Japan and the British IOT company Arm.

SoftBank’s founder and Chief Executive Masayoshi Son has managed to score success by jumping from what he sees as one lucrative venture to another, a business style that’s common in the West but relatively rare in conservative Japan Inc.

“I see comments out there that SoftBank even might go bankrupt. But we are in the black. It is a far cry from bankruptcy,” he told reporters and analysts at a Tokyo hotel, noting shareholders’ value had increased by 5 trillion yen ($45 billion) in the past four months.

Son showed a trompe-l’œil image that looks like a duck from the right but a rabbit when looked at from the left, while acknowledging he was making “a pretty outlandish argument” to have people focus on shareholders’ value, not profits.

Among SoftBank’s sprawling businesses are ride-sharing Uber and the talking Pepper humanoid.