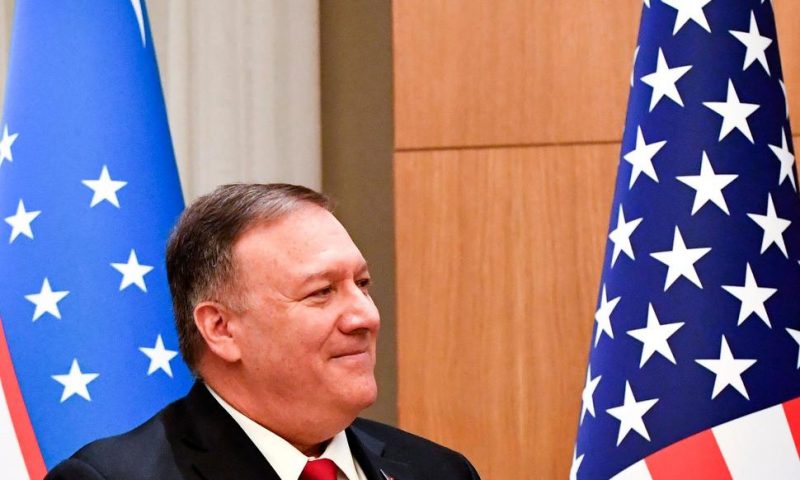 Secretary of State Mike Pompeo has warned America’s governors to be wary of China, which he said was targeting individual U.S. states in a strategic effort to expand its economic and political influence.

WASHINGTON — Secretary of State Mike Pompeo warned America’s governors on Saturday to be wary of China, which he said was targeting individual U.S. states in a strategic effort to expand its economic and political influence.

He said a Chinese government-backed think tank has assessed all 50 governors on their attitude toward China and assigned each one a label: “friendly, hard-line or ambiguous.”

“So here’s the lesson. The lesson is the competition with China is not just a federal issue,” Pompeo said in addressing the National Governors Association meeting in Washington.

“It’s happening in your states with consequences for our foreign policy, for the citizens who reside in your states and indeed for each of you,” he said.

Pompeo urged the governors to be wary of Chinese investment and influence, including through contacts with Chinese diplomats, students and organizations.

He had conveyed similar warnings on a recent five-nation tour of Europe and Central Asia. During a stop in London, he declared the Chinese Communist Party “the central threat of our times.”