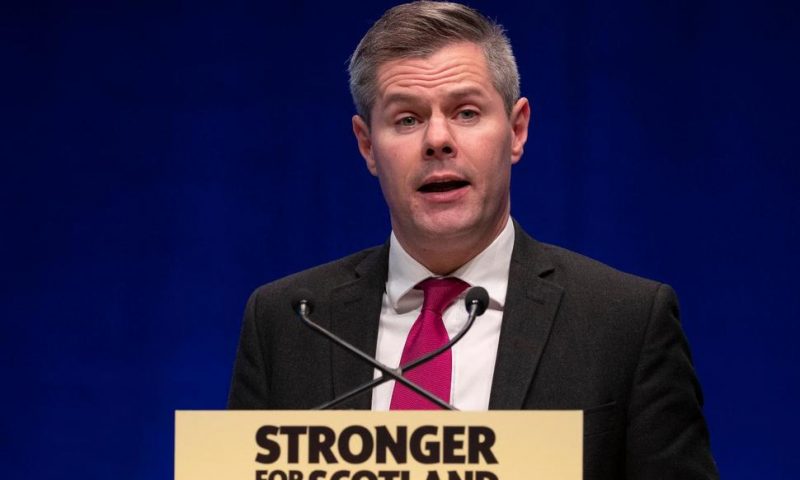 Scotland’s finance minister has resigned after he reportedly sent hundreds of messages to a 16-year-old boy on social media.

LONDON — Scotland’s finance minister resigned Thursday, hours before he was due to deliver his annual budget, after he reportedly sent hundreds of messages to a 16-year-old boy on social media.

Derek Mackay said he had “behaved foolishly and I am truly sorry.”

“I apologize unreservedly to the individual involved and his family,” MacKay said in a statement.

“Serving in government has been a huge privilege and I am sorry to have let colleagues and supporters down.”

The Scottish Sun newspaper reported that 42-year-old Mackay sent the teen more than 270 messages on Facebook and Instagram, telling the boy he was “cute” and offering to take him to a rugby match and to dinner.

Mackay is not accused of breaking the law. But Scottish Labour Party leader Richard Leonard said his behavior had been “nothing short of predatory” and “an abuse of power.”

“I don’t condone in any way, shape of form this kind of behavior,” Sturgeon said.

Mackay was a rising star in the SNP, which runs Scotland’s semi-autonomous Edinburgh-based administration.

He had been seen as a potential successor to Sturgeon as leader of the party, which advocates independence from the United Kingdom for the nation of 5.5 million.

Spanish Government to Begin Talks With Catalania This Month