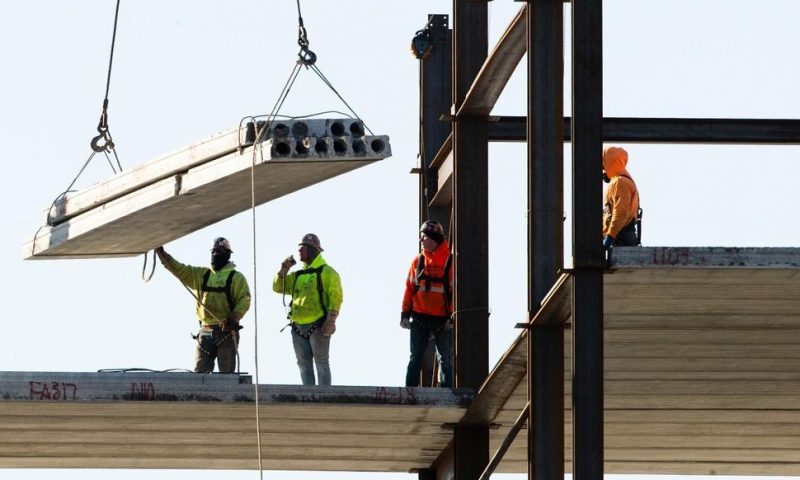 US construction spending dips 0.3% in December and records first annual setback since 2011.

WASHINGTON — Spending on U.S. construction projects edged down a slight 0.2% in December, closing out a year when total construction registered its first annual decline in eight years.

The Commerce Department said Monday that the decline was the first monthly drop since a 0.9% fall in June. For the year, construction spending fell 0.3%, the first setback since a 2.6% decrease in 2011.

The fall-off reflects weakness in nonresidential construction, which fell 1.8%, the sharpest setback drop since April. Spending for most major categories from office building to shopping centers declined.

Home building rose a solid 1.4%. This category continues to benefit from falling mortgage rates and a strong labor market.

Spending by the federal government on construction projects rose a sharp 2.1% in December to the highest level in seven years, but this was offset by a 0.6% drop in the larger state and local government category.

It was the first annual setback since a period of five straight yearly declines from 2007 through 2011 as the construction industry was battered by a deep recession that had been triggered by the bursting of a housing boom in the middle of the last decade.

For last year, home building was down 4.7% while nonresidential construction was basically flat and public construction posted a 7.1% increase.

Economists believe home building will show further gains this year, helped by the Federal Reserve’s decision to cut interest rates three times last year in an effort to protect the U.S. economy from a global slowdown and the adverse effects of a U.S.-China trade war.

The 1.4% gain in residential construction in December reflected a 2.7% jump in construction of single-family homes which offset a 1.8% drop in the smaller and more volatile apartment sector.