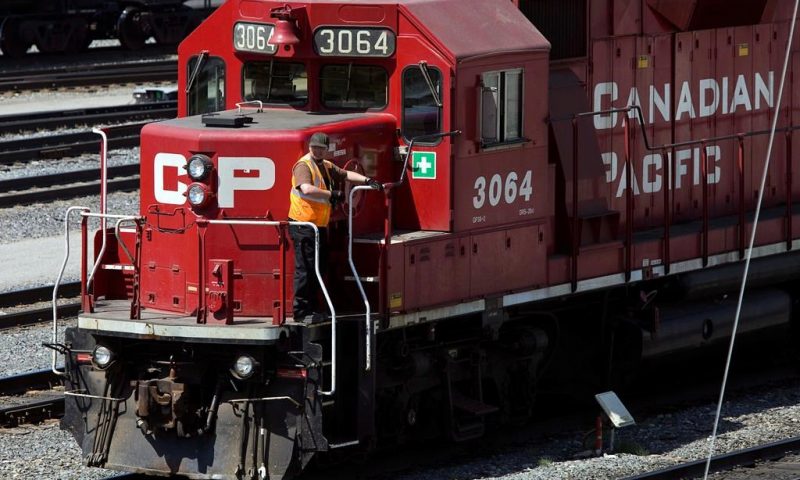 Canadian Pacific Railway (NYSE:CP) (TSE:CP) last announced its earnings results on Wednesday, January 29th. The transportation company reported $4.77 earnings per share (EPS) for the quarter, topping the consensus estimate of $3.55 by $1.22. The company had revenue of $2.07 billion for the quarter, compared to analysts’ expectations of $2.02 billion. Canadian Pacific Railway had a net margin of 31.31% and a return on equity of 32.44%. The firm’s quarterly revenue was up 3.1% on a year-over-year basis. During the same quarter in the previous year, the company posted $4.55 EPS.

The business also recently announced a quarterly dividend, which will be paid on Monday, April 27th. Shareholders of record on Friday, March 27th will be given a $0.6292 dividend. The ex-dividend date is Thursday, March 26th. This represents a $2.52 dividend on an annualized basis and a yield of 0.95%. Canadian Pacific Railway’s payout ratio is currently 20.50%.

Canadian Pacific Railway Limited, together with its subsidiaries, owns and operates a transcontinental freight railway in Canada and the United States. The company transports bulk commodities, including grain, coal, potash, fertilizers, and sulphur; and merchandise freight, such as energy, chemicals and plastics, metals, minerals and consumer, automotive, and forest products.