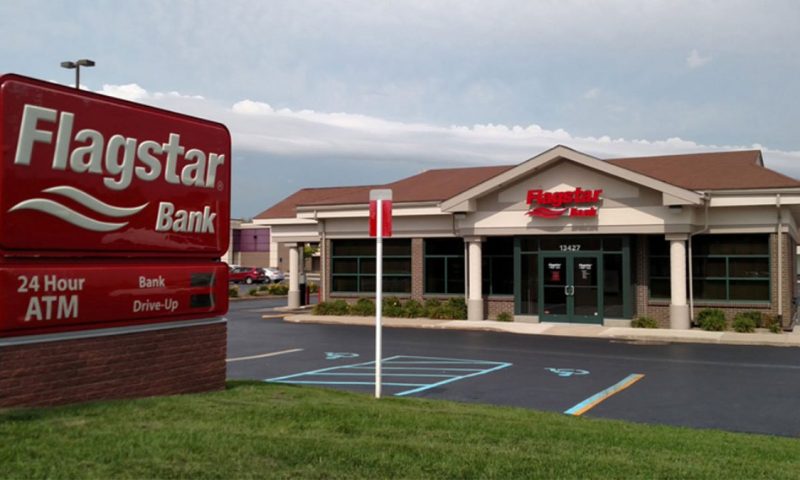 Flagstar Bancorp Inc (NYSE:FBC) – Stock analysts at B. Riley decreased their Q2 2020 earnings estimates for Flagstar Bancorp in a report released on Wednesday, January 29th. B. Riley analyst S. Moss now forecasts that the savings and loans company will earn $0.95 per share for the quarter, down from their prior estimate of $1.03. B. Riley has a “Buy” rating and a $42.00 price objective on the stock.

Flagstar Bancorp (NYSE:FBC) last released its quarterly earnings data on Tuesday, January 28th. The savings and loans company reported $1.00 earnings per share for the quarter, topping analysts’ consensus estimates of $0.95 by $0.05. Flagstar Bancorp had a net margin of 15.53% and a return on equity of 11.79%. The company had revenue of $314.00 million for the quarter, compared to analysts’ expectations of $306.93 million. During the same quarter last year, the company earned $0.72 earnings per share.

A number of other research firms have also recently weighed in on FBC. Raymond James raised their price objective on shares of Flagstar Bancorp from $41.00 to $42.00 and gave the stock an “outperform” rating in a report on Wednesday, October 23rd. ValuEngine raised shares of Flagstar Bancorp from a “strong sell” rating to a “sell” rating in a report on Tuesday, January 21st. Finally, Zacks Investment Research cut shares of Flagstar Bancorp from a “buy” rating to a “hold” rating in a report on Wednesday, October 16th. One equities research analyst has rated the stock with a sell rating, two have given a hold rating and two have assigned a buy rating to the company. The company presently has a consensus rating of “Hold” and an average target price of $40.25.

In other Flagstar Bancorp news, EVP James Ciroli bought 1,000 shares of the stock in a transaction dated Wednesday, January 29th. The shares were acquired at an average cost of $35.35 per share, for a total transaction of $35,350.00. The transaction was disclosed in a document filed with the Securities & Exchange Commission, which is available at this hyperlink. Also, major shareholder Mp Thrift Investments L.P. sold 900,000 shares of the firm’s stock in a transaction that occurred on Friday, November 8th. The stock was sold at an average price of $35.96, for a total transaction of $32,364,000.00. The disclosure for this sale can be found here. Company insiders own 49.90% of the company’s stock.

The firm also recently announced a quarterly dividend, which will be paid on Monday, March 16th. Stockholders of record on Monday, March 2nd will be given a dividend of $0.05 per share. The ex-dividend date is Friday, February 28th. This is a positive change from Flagstar Bancorp’s previous quarterly dividend of $0.04. This represents a $0.20 dividend on an annualized basis and a dividend yield of 0.57%. Flagstar Bancorp’s dividend payout ratio (DPR) is 4.62%.