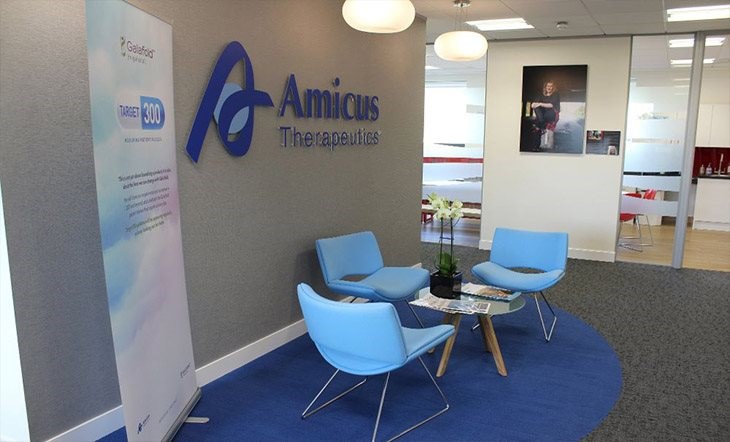 Amicus Therapeutics (NASDAQ:FOLD) last issued its quarterly earnings data on Monday, November 11th. The biopharmaceutical company reported ($0.24) earnings per share for the quarter, beating the Zacks’ consensus estimate of ($0.32) by $0.08. The firm had revenue of $48.80 million during the quarter, compared to analyst estimates of $48.05 million. Amicus Therapeutics had a negative return on equity of 62.61% and a negative net margin of 216.02%. The business’s quarterly revenue was up 136.9% compared to the same quarter last year. During the same quarter last year, the business posted ($0.84) earnings per share.

Amicus Therapeutics, Inc, a biotechnology company, engages in the discovery, development, and commercialization of medicines for various rare and orphan diseases. The company offers Galafold, an orally administered small molecule pharmacological chaperone for the treatment of Fabry disease. It is also conducting a Phase 1/2 clinical study of ATB200-02 for indications, including pompe disease.