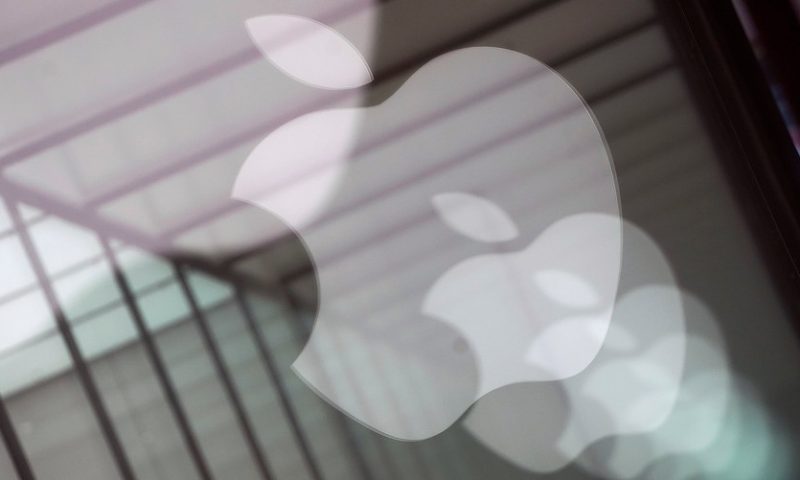 Earnings Watch: Nearly half of index, 14 out of 30 companies, expected to report holiday-season results in busiest week of the season, which also includes Facebook, Tesla and Amazon

The Dow Jones Industrial Average increased more than 22% in 2019 and is already up 2.2% through three weeks of 2020, but it is about to face its biggest test of the young year, and potentially many years.

Nearly half of the 30 Dow DJIA, -0.58% components are scheduled to report results from the holiday season in the coming week, which will be by far the busiest week of the earnings season.

There are 14 Dow companies expected to report, the most companies from the blue-chip index to report in a single week since at least 2014, a group that includes two trillion-dollar market caps in Apple Inc. AAPL, -0.29% and Microsoft Corp MSFT, -1.01%

The 85 members of the S&P 500 that have reported results thus far have seen net income fall by 0.3% on average from a year ago, though Credit Suisse Chief U.S. Equity Strategist Jonathan Golub said it’s tough to make broader inferences from early reports given different sectors tend to post results at different parts of the earnings cycle. More than a third of S&P 500 that have reported so far sit in the financials sector, which could skew those results.

The FactSet consensus currently calls for net income to fall by 1.9% for the S&P 500, based on a blend of reported results and analyst projections, which would mean the current earnings recession would swallow all of 2019’s results.

Here’s what to watch for in the week ahead.

The wave of Dow components

Apple is in a much different position than it was last time it had to report holiday results. The stock is trading at all-time highs as investors give the company more credit for its services efforts and look ahead to the expected launch of 5G iPhones later this year. The Tuesday afternoon report will include the first full quarter of availability for the iPhone 11 line and the new Apple TV+ streaming service, but a different star will likely shine when the numbers come out: Apple’s AirPods are said to have been strong holiday sellers.

Boeing is bracing for another uncomfortable report Wednesday morning, as the company recently delayed the return of its troubled 737 Max jets to mid-2020 from an earlier goal of the spring. The focal point of the earnings report and subsequent call will be Boeing’s outlook for the year as it manages the Max fallout as well as a working-capital crunch.

Microsoft officially ended support for its Windows 7 operating system in mid-January, and that looming deadline might have helped the company toward the end of 2019. Both Gartner and IDC pointed to a pick-up in overall PC shipments for the fourth quarter, citing “vibrant business demand for Windows 10 upgrades” and predicting that the momentum could continue in geographies that have yet to upgrade. The company’s Wednesday report and outlook should provide more clues about that trend, while also focusing on the growing Azure cloud business.

The energy results will be of particular interest as the sector has been a heavy contributor to the earnings recession, with lower crude prices pressuring industry profits.

Apple and Microsoft aren’t the only Big Tech names to report: Facebook, Amazon and AMD results are also looming.

Facebook decided to forgo its plans to pursue advertising on WhatsApp, but the company continues to plug away with other ad opportunities. One focus will be how Facebook is monetizing the increasingly popular “stories” format on Instagram and its core app. Investors will also be looking for information about how political ad spending is panning out and the impact that events like the U.S. presidential election and the Summer Olympics will have on the full-year forecast.

AMD’s biggest rival, Intel Corp. INTC, +8.13% , reported a strong quarter last week, buoyed by positive trends in the cloud. One analyst suggested that Intel’s results had less to do with the company’s own performance and more to do with strong data-center spending environment that’s providing an industry-wide lift. If so, AMD likely benefitted as well, perhaps even more so as the company’s focus on execution has been helping it take share from Intel. The company’s Tuesday afternoon report will mark the first big test of the year for AMD, which saw its shares more than double in 2019, the biggest gain in the S&P 500 for the second consecutive year.

The holiday quarter is always huge for Amazon, but with growing scale and ambition comes more logistical complexity. Shares took a hit three months back after the company’s spending on one-day Prime delivery and other initiatives drove its first year-over-year drop in profits since 2017. D.A. Davidson’s Tom Forte said investors will once again be watching for the impact of investment spending on Amazon’s profits, both in the latest results and the company’s forecast. Amazon is on the calendar for Thursday afternoon.

Tesla Inc. TSLA, -1.29% already cleared its first big hurdle of 2020, but Wednesday offers one more. The company posted better-than-expected delivery numbers earlier this month, pushing the company to a surprise beat on its annual target. With shares up 33% over the past month and 88% over three months, the next question is whether the momentum has remained, and Tesla’s outlook should give investors a better picture of how production and factory projects could play out in the coming months.