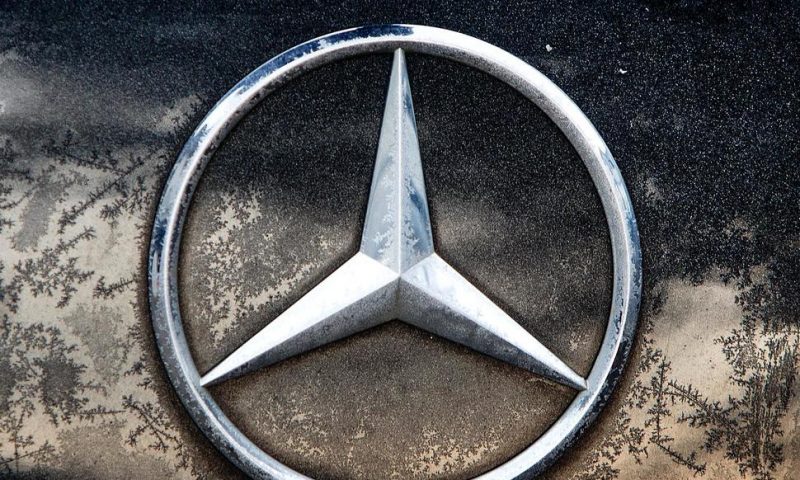 The maker of Mercedes-Benz luxury cars says its earnings fell by about half last year.

FRANKFURT, Germany — Germany’s Daimler AG, maker of Mercedes-Benz cars, saw operating earnings fall by half in 2019 as its flagship luxury brand suffered in a tougher global market, and due to more expenses tied to regulatory and legal issues with diesel cars.

The company said it would also be hit with 1.1 billion euros to 1.5 billion euros in additional charges for regulatory and legal issues related to its diesel models. Those costs were not included in the operating earnings figures.

Daimler shares traded down 1.3% at 45.79 euros in afternoon trading in Europe.

Daimler faces investigations from authorities in the U.S. and Germany over emissions issues with diesel cars, according to its third-quarter earnings statement. The company declined to comment on the state of those probes. It also faces a civil consumer class action lawsuit over diesel cars in the US.

Profit at the Mercedes-Benz Cars division, a pillar of the company’s earnings, fell to 3.7 billion euros from 7.2 billion euros. But the return on sales – a key measure of how profitable the company’s cars are – fell by less, to 7.2% from 7.8%.

Global automakers are facing weaker demand in key markets, including in China, the world’s largest car market. Mercedes was nonetheless able to grow unit sales in China by 6.2% to 693,000 cars; the U.S. market was flat with no increase at 316,000 cars.

Meanwhile, companies are under pressure to invest billions in electric cars to meet regulatory demands in the European Union and China even though electrics remain a low single-digit share of the market.

And there was a charge for around 0.3 billion euros in the fourth quarter connected to changes at the company’s Your Now mobility services group. The joint services venture with BMW shut down its Share Now carsharing business in North America and in London, Brussels and Florence.

Operating earnings exclude financial items such as interest and tax and thus present a less complete picture of the bottom line than does net profit. But investors and analysts often focus on operating earnings as a clearer picture of how the company’s core business is faring. The company releases full figures Feb. 11.

US Home Sales Soared 3.6% in December