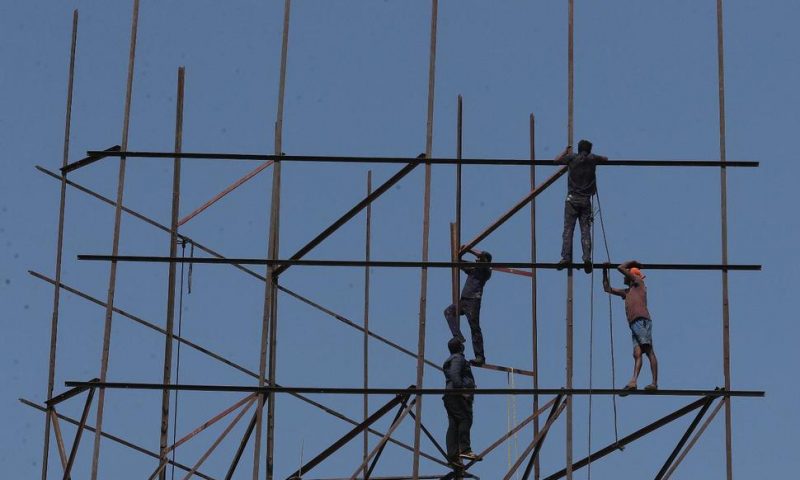 A decision by the International Monetary Fund to downgrade its economic growth forecast for India is adding to pressure on Prime Minister Narendra Modi over his policies.

NEW DELHI — A decision by the International Monetary Fund to downgrade its economic growth forecast for India is adding to pressure on Indian Prime Minister Narendra Modi over his policies.

Opposition leaders and economists on Tuesday blasted the government for failing to deliver on promises to reform the economy and keep growth on track.

On Monday, the IMF slashed its growth estimate for the current fiscal year to 4.8% from 6.1% in the last fiscal year. It said India’s slowing growth was the single biggest drag on its global growth forecast in the past two years.

Government officials have not yet responded to the downgrade, but have taken various measures to boost growth.

The main opposition Congress Party said the Modi’s government had “lost the trust of Indians” and “of the global community when it comes to the economy.”

Palaniappan Chidambaram, a former finance minister and senior leader of the Congress party said the IMF’s revision was a “reality check” for Modi’s government and that even 4.8% might reflect some “window dressing.”

The government has not yet responded to the agency’s projections but its ministers have been saying they are taking various measures to bolster growth.

Ministry of Finance officials did not immediately respond to a request for comment on how the government plans to respond to the IMF’s downgrade.

Just a few years ago, India was the fastest growing major economy. But that momentum has slowed sharply due to stress in the financial sector, sluggish demand in rural areas and weak activity in lending, the IMF’s chief economist, Gita Gopinath, told New Delhi Television.

The economy expanded at a 4.5% annual pace in the July-September quarter, its slowest rate in six quarters. That followed several major shocks brought on by Modi’s government, including a massive demonetization in 2016, which caused enormous hardship to millions of people depending on a predominantly cash-based economy, and the introduction of a new goods and services tax in 2017.

Dr. Pronab Sen, a former chief economic adviser and the director of the India program at the London School of Economics’ International Growth Center, said the IMF’s forecast shows the economic downturn is quite real.

“This indicates that the current business mood and economic stability in the country are matters of concern,” said Sen.

The first advance estimates of the national income released by a government agency earlier this month showed India’s growth may fall to an 11-year low of 5% in the current fiscal year, which ends in March, mainly due to weakness in manufacturing and construction.

Finance Minister Nirmala Sitharaman is expected to include increased spending on infrastructure and rural areas in a budget due to be presented to the parliament in February.

Airline Stocks Swoon on Fear About Virus Outbreak in China