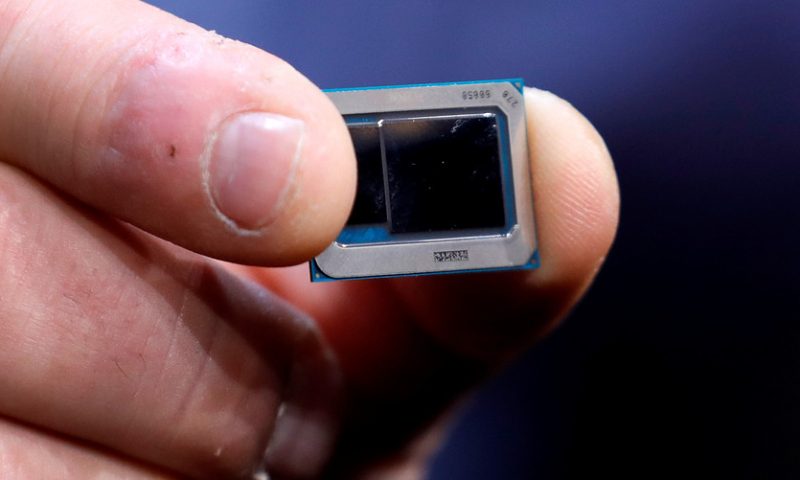 Intel Corp. is looking to hand in its second quarter of revenue growth in a row after sales stalled at the beginning of 2019, but only if data-center sales growth can offset declines in the chip maker’s largest segment.

Intel INTC, -0.10%  is scheduled to report fourth-quarter earnings after the market close on Thursday.

Data-center group, or DCG, revenue is expected to rise 5.2% to $6.39 billion, according to FactSet data, while Intel’s largest segment — client-computing, the traditional PC group — is expected to decline 0.8% to $9.75 billion from the year-ago period.

In a report, Jefferies analyst Jonathan Petersen said data-center leasing volumes, which are a leading indicator of chip sales, are well above a trough set in the first quarter of 2019, suggesting a recovery in spending from cloud providers.

Earnings: Of the 37 analysts surveyed by FactSet, Intel on average is expected to post adjusted earnings of $1.25 a share, up from the $1.21 a share expected at the beginning of the quarter but down from the $1.28 a share reported last year. Intel expects about $1.24 a share. Estimize, a software platform that uses crowdsourcing from hedge-fund executives, brokerages, buy-side analysts and others, calls for earnings of $1.29 a share.

Nomura analyst David Wong, who has a buy rating and a $65 price target, believes Intel’s “December-quarter report and March-2020 quarter guidance will be helped by an improving data center business environment and firmness in the PC end market.”

Mizuho analyst Vijay Rakesh, who has a buy rating and a $64 price target, said Intel is well positioned to keep growing its data center business even though Advanced Micro Devices Inc. AMD, +2.33%  is nipping at its market share.

“If Intel is able to successfully navigate 10nm issues into 2020 and is able to hold off AMD with continued price cuts, we see Intel maintaining its strong market share position moving forward,” Rakesh said.

In chip parlance, nanometers, or nm, refers to the size of the transistors that go on a computer chip, with the general rule being that smaller transistors are faster and more efficient in using power. Over the past year, Intel has struggled to roll out it 10 nm chips while AMD has released its 7 nm chips.

AMD is scheduled to report its quarterly earnings on Jan. 28 after the market close.

Wedbush analyst Matt Bryson, however, who has an underperform rating and a $46 price target, is skeptical of Intel’s execution despite an improving chip landscape.

“We continue to remain cautious around Intel given our belief that the company’s continued misexecution (whether process/product delays of inability to fulfill customer demand) will eventually weigh on future share,” Bryson said.

“While certain cyclical dynamics (better current hyperscale spend, stronger 2019 PC trends, recent memory market improvement) are buffering and will continue to buffer Intel results over the next few quarters, we continue to believe that Intel will eventually be forced to contend with revenue and GM declines, a result that will lead to future EPS shortfalls,” Bryson said.