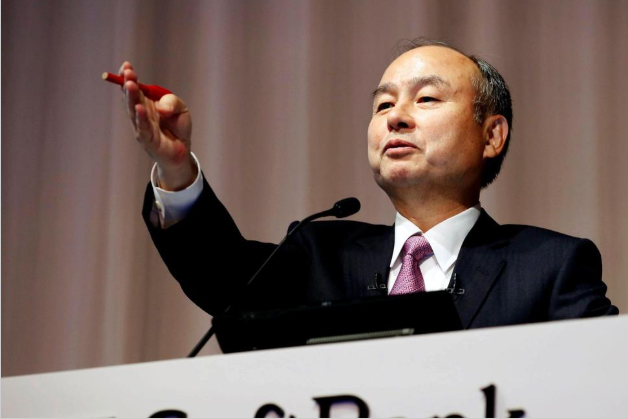 An Indonesian official says SoftBank is offering to invest $30 billion to $40 billion in the development of a new Indonesian capital on Borneo island.

JAKARTA, Indonesia — Japan’s SoftBank is offering to invest $30 billion to $40 billion in the development of a new Indonesian capital, an official said Friday.

The billionaire founder and chief executive of SoftBank Group Corp., Masayoshi Son, hinted at partnering with the Indonesian government to fund the project when he met President Joko Widodo last week in the capital, Jakarta.

Son and former British Prime Minister Tony Blair have been included in the steering committee to oversee the construction of the new capital city on Borneo island that would be led by Abu Dhabi’s Crown Prince Sheikh Mohammed bin Zayed Al Nahyan.

Indonesian Coordinating Maritime Affairs and Investment Minister Luhut Pandjaitan told a news briefing that SoftBank was offering around $30 billion to $40 billion, though it was not immediately clear what project the Japanese conglomerate would invest in specifically.

“We have not yet decided how they would invest, it could be for education, a research center or hospital development,” Pandjaitan said. He said he will meet Son in Davos and Tokyo later this month to finalize the plan.

After meeting Widodo last week, Son told reporters that he was interested in supporting “a new smart city, the newest technology, a clean city and a lot of artificial intelligence.”

Widodo announced last August that Indonesia’s capital will move from overcrowded, sinking and polluted Jakarta to a site in sparsely populated East Kalimantan province on Borneo island, known for rainforests and orangutans.

The capital’s relocation to a 256,000-hectare (632,580-acre) site almost four times the size of Jakarta will cost an estimated 466 trillion rupiah ($34 billion). The government is set to begin the construction later this year.

Investors from Asia, the Middle East, the U.S. and China have shown interest in developing the city, Pandjaitan said.

Jakarta, with 30 million people including those in the greater metropolitan area, is prone to earthquakes and flooding and is rapidly sinking due to uncontrolled extraction of ground water.

Mineral-rich East Kalimantan was once almost completely covered by rainforests before illegal logging removed many of its original growth. It is home to only 3.5 million people and is surrounded by Kutai National Park, known for orangutans and other primates and mammals.

Indonesia is an archipelago nation of more than 17,000 islands, but currently 54% of the country’s nearly 270 million people live on Java, the country’s most densely populated island where Jakarta is located.