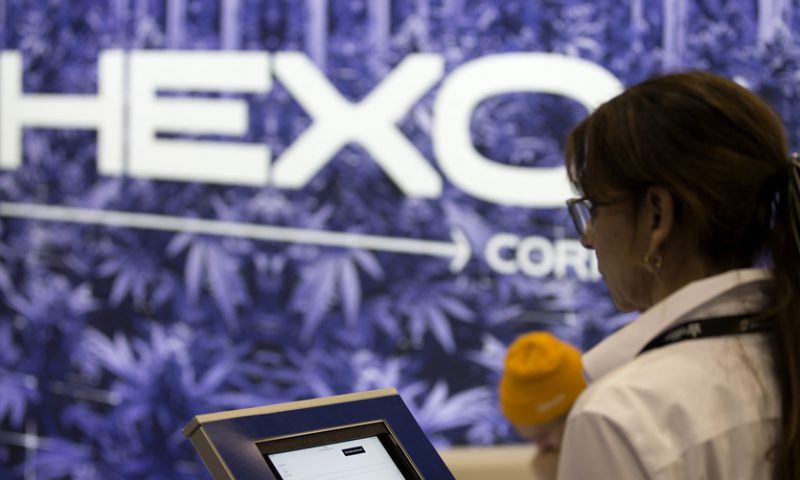 Hexo Corp. appears to have been repeatedly making a mistake in its financial statements since June 2017, according to a MarketWatch analysis.

The Quebec-based cannabis company HEXO, -8.99% HEXO, -9.09% appears to have been incorrectly tabulating the remaining lifetime weighted average of its employee stock options. In financial statements analyzed by MarketWatch, the company appears to add up each stock option’s remaining life to arrive at the total weighted average of all the options outstanding in a given quarter.

Canadian weed stocks fell sharply in 2019, which led to most of them trading well below the exercise prices of stock options granted to employees prior to those stock-market declines.

That the company’s financial accounting has been adding up the amount of remaining time versus arriving at an average suggests that either the remaining life of the options or the figure given as the average value is incorrect. Hexo is required to disclose the amount of stock reserved for options, including the correct terms and amounts, according to International Financial Reporting Standards.

MarketWatch could not determine whether the apparent issue affected the company’s net income.

Three of the quarterly filings and one annual audited filing did not include the total weighted average of employee stock options’ lifetime. Hexo did not respond to requests for comment.

Hexo recently restated its first-fiscal-quarter results in a filing with Canadian regulators on Dec. 31. The restatement corrected an error in how the company calculated its deferred tax liabilities and the value of its cannabis trim inventory, but the apparent options issue is present.

Before the options-accounting issue appeared in June 2017, the company, which was then known as Hydropothecary Corp., changed auditors to MNP LLP from UHY McGovern, Hurley, Cunningham LLP, according to a June 2017 filing with Canadian regulators. An MNP LLP spokesman declined to comment, saying that the firm doesn’t discuss its work for clients.

Ed Chaplin served as Hexo CFO for about four years and resigned in May. The company appointed Stephen Burwash to serve as interim CFO until it tapped Michael Monahan for the position at the end of May. Monahan abruptly stepped down on Oct. 7 and was replaced by Burwash.

Canadian weed stocks fell sharply in 2019, which led to most of them trading well below the exercise prices of stock options granted to employees prior to those stock-market declines. In all but a few cases, the businesses would have to notch double or triple-digit percentage gains in order for the employee options to be in the money.

From a U.S. stock surge to a bursting of China’s triple bubble, here are 10 possible shockers for 2020, according to Credit Suisse